Should ABA take on a greater role in fighting international sports corruption? 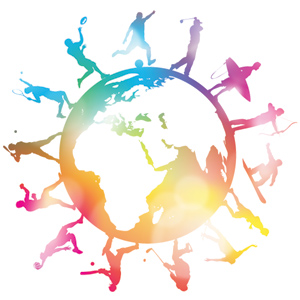 The 2016 Olympic Games open Friday in Rio de Janeiro amid concerns about the Zika virus, pollution along the city’s famous beaches, and the city’s readiness to accommodate hordes of visitors.

But the deeper problem in international sports goes beyond the immediate issues facing the Rio Games. Widespread corruption threatens to undermine the viability and credibility of the entire structure of international sports, speakers warned at a panel on Thursday, the opening day of the 2016 ABA Annual Meeting in San Francisco.

“We know change is possible” from efforts to reduce corruption in other fields, said Preston L. Pugh, who works in the compliance field as a partner at Pugh, Jones & Johnson in Chicago. But, he said, “The skepticism about the opportunity for change in international sports is well-founded.”

The Olympics offer the latest example—but far from the only one—of the failure of regulatory structures to control corruption in international sports, said speakers at “Corruption’s New Arena: International Sports in a Post-FIFA World.” The program was sponsored by the ABA’s Criminal Justice Section.

The Rio Games are facing controversy over the status of dozens of athletes from Russia. More than 100 Russian athletes have been banned from competing due to allegations that doping occurred, CNN reports, in many cases with the support of the Russian government. Only a couple of weeks ago, the International Olympic Committee declined to ban the entire Russian delegation from competition, instead leaving it to each sport’s governing body to decide which athletes should compete. The World Anti-Doping Agency and other groups had called for a complete ban. Of the 389 athletes originally on the Russian Olympic team, 271 have been cleared to compete.

Some panelists expressed empathy for the 271 Russian athletes who will be allowed to compete.

“I feel sorry for any Russian who wins a medal at the Olympics,” said Gareth Sweeney, who heads up the corruption in sport initiative for Transparency International. “They’ll all be competing under a cloud of suspicion.”

David W. Larkin, an international lawyer in Washington, is co-director of Change FIFA, an anti-corruption group that advocates reform for the body that regulates international soccer. He said that these days he’s very popular in Russia as an expert on international sports law, because he has defended the right of Russian athletes to compete.

“I’m defending Russia today because the process is rotten,” said Larkin, who argues that individual athletes have had little opportunity to respond to doping allegations. “We have a big procedural problem,” he said. “It’s not about teams, it’s not about nations. It’s about procedure.”

Larkin said the ABA could play a major role in helping address corruption in international sports by developing guidelines that could be followed by the organizations that govern various sports.

“The statutory scheme for sports is woefully inadequate,” said Larkin. “The IOC hides behind legal terms that don’t really mean anything. There is a lack of logic and organization. It’s the Wild West out there. The ABA could do great work in promulgating model codes” that sports regulatory bodies could follow, he said.