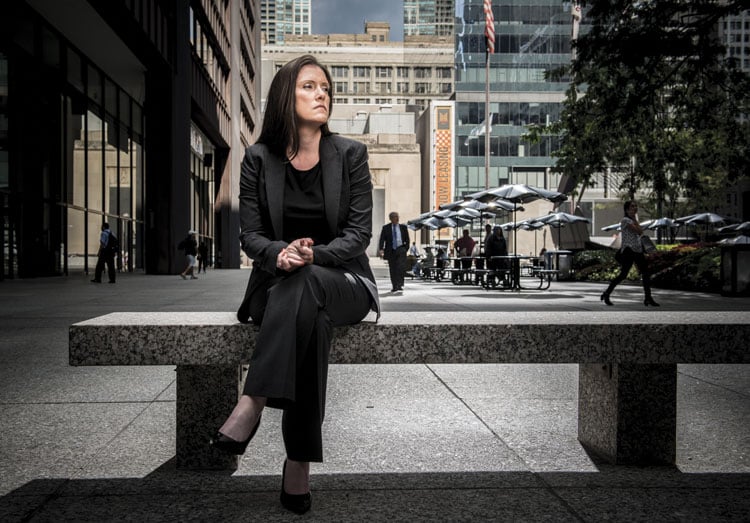 Ribeiro is one of multiple women lawyers who recently sued large law firms for gender discrimination, and are represented by David Sanford, a Washington, DC, employment lawyer.

Neither Ribeiro or Foran Glennon responded to an ABA Journal request for comment. Last year, she told the publication that practicing law gave her significant joy, and clients had been supportive.

“They know me, and they know how hard I work and how accessible I am. They have no doubt that I am not being paid equally,” said Ribeiro in November, adding that when her lawsuit got media mention, clients often checked in to see how she’s doing. “My answer is ‘OK,’ but I’d rather be practicing law with no distractions.”

Another of Sanford’s clients, Kerrie Campbell, has opened her own law firm after leaving Chadbourne & Parke. Her employment lawsuit against the firm, which recently merged with Norton Rose, is ongoing. Campbell recently opened her own law firm, and Bloomberg Business Week reports that she’s setting up a law office at her Maryland home.