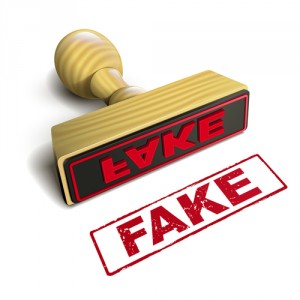 A Tennessee man was charged Tuesday for allegedly creating a fake website for a six-lawyer New York City law firm, so he could dupe people into paying him for legal services.

John Lambert, 23, was arrested Tuesday and charged with wire fraud and wire fraud conspiracy, according to a press release. Lambert allegedly held himself out as a lawyer using a website that cut and pasted lawyer biographies from Cravath, Swaine & Moore, the New York Law Journal reports.

Lambert and a co-conspirator have never been lawyers, prosecutors say. Lambert collected more than $50,000 in payments through a PayPal account, the criminal complaint says.

Initially, Lambert and his co-conspirator described themselves as legal consultants for a company called Headline Consulting, but they later held themselves out as lawyers from elite law schools using pseudonyms Eric Pope and Gregory Shapiro, according to the criminal complaint. Lambert also used phone number spoofing to create a New York area code for his cellphone.

The fake law firm was called Pope and Dunn, according to the press release. The phony lawyers also sought legal work through web-based platforms for freelancing services, prosecutors say.

At least six victims paid Lambert for purported legal services, including a victim who withdrew money from a 401(k) account to pay Lambert, prosecutors say.

The victims paid Lambert to provide legal services that included drafting a will, advice on corporate and intellectual property law, and advice on credit-report issues, according to the press release.