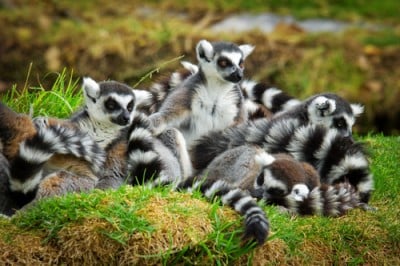 A former zoo in Iowa must transfer its lemurs and tigers to other facilities because of a violation by the Endangered Species Act, a federal appeals court has ruled.

The St. Louis-based 8th U.S. Circuit Court of Appeals upheld a federal magistrate judge’s decision to transfer the animals from the former Cricket Hollow Zoo in Manchester to facilities in Wisconsin and Indiana because of inadequate care. How Appealing links to coverage by Courthouse News Service and last Wednesday’s opinion.

The decision upholds one by U.S. Magistrate Judge Jon Scoles of Waterloo, Iowa. Scoles had ruled the zoo violated the Endangered Species Act by keeping lemurs, a social animal, in isolation and failing to develop an enrichment plan for them. Scoles had also found the zoo violated the act because it did not provide clean water and sanitary conditions for lemurs and tigers, and had failed to provide appropriate veterinary care for the tigers.

The decision is “a major victory” for endangered animals living in captivity, according to a press release by the Animal Defense Fund, one of the lawsuit plaintiffs.

“The court’s decision affirms that endangered animals enjoy the same protections whether in captivity or the wild,” said the fund’s executive director, Stephen Wells, in a press release. “The 8th Circuit’s ruling puts roadside zoos, circuses and private owners on notice that they can no longer ignore endangered animals’ unique biological and psychological needs.”

The appeals court ruled against the Animal Defense Fund, however, when it upheld Scoles’ decision on two issues.

The appeals court agreed that the zoo owners could choose new facilities for the animals, and upheld the trial court’s denial of attorney fees and costs sought by the plaintiffs.

The appeals court also said the plaintiffs wanted to close the zoo, and “the conclusion to be drawn” from its arguments is that the group hoped the payment of attorney fees would force the closure. The court said it was concerned about any attempt “to fashion the act into a weapon to close small, privately owned zoos.”

The private zoo is now known as the Cricket Hollow Animal Park. The U.S. Department of Agriculture revoked the zoo’s license to exhibit animals last November, the Des Moines Register reported. An administrative law judge said the zoo had committed numerous violations of the Animal Welfare Act, while noting that the owners had “warm feelings and subjectively good intentions.”