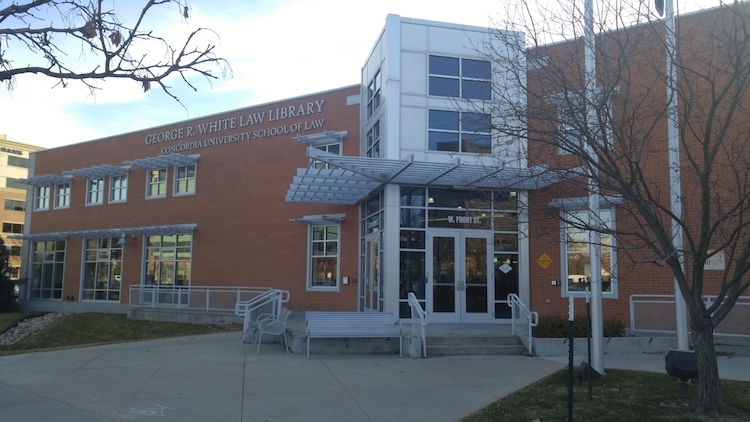 Concordia University School of Law, a Boise, Idaho, institution with new ABA accreditation, had a 100% bar passage rate for its class of 2016, but its future as of Monday is unknown, following the announcement that its parent school, the Concordia University campus in Portland, Oregon, is closing.

Latonia Haney Keith, the law school’s interim dean, told the Idaho Statesman that they are in talks with various institutions interested in taking over the law school. It is one of two law schools in the state and about a six-hour drive from the University of Idaho College of Law in Moscow, Idaho.

“While I’m unable to share details of our conversations with the parties interested in an affiliation with Concordia Law, it’s my hope to make an announcement about our future very soon and to put the law school on track for American Bar Association acquiescence by the fall,” Keith said in a statement emailed to the ABA Journal.

Jerry Long, the law school dean at the University of Idaho, told the Idaho Statesman that he has not been contacted about acquiring Concordia Law. His law school has a branch of its campus in Boise, and Long told the Idaho Statesman that it has a moratorium on accepting transfer students but could make an exception for Concordia students if needed.

Concordia University School of Law opened in 2012, and it received full ABA accreditation in February 2019. Its Standard 509 Information Report for 2019 reported a total of 190 students, and its bar passage rate for first-time test-takers in 2018 was 68%, according to ABA data. Out of a total of 29 graduates in 2018, 15 had full-time, long-term jobs requiring bar passage, ABA employment data reports.

There are nine Concordia University campuses, which are operated by the Lutheran Church Missouri Synod. The Portland school’s board of regents voted to close when its spring 2020 semester ends because of enrollment and finances, its webpage states.

According to the Oregonian, students plan to file a class action lawsuit against the university, alleging that it has known about declining enrollment and financial issues since 2019 but did not disclose any of that to students until Feb. 10.