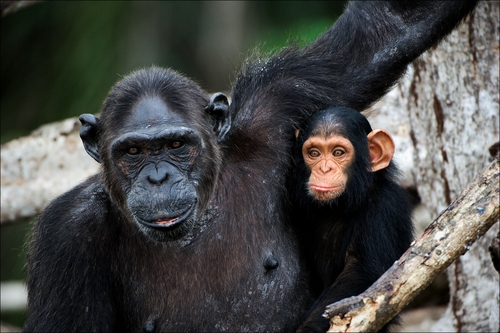 Chimpanzees in the Republic of Congo/Shutterstock

A New York appeals court has turned down another habeas appeal filed on behalf of two caged chimpanzees, finding that new affidavits by Dr. Jane Goodall and other experts don’t justify relitigating the animal rights case.

The Supreme Court Appellate Division, First Department, ruled on Thursday in a suit filed by the Nonhuman Rights Project and its lawyer, Steven Wise, report Reuters and The Associated Press. How Appealing links to the press coverage and the opinion.

The habeas suit had sought the release of Tommy the chimpanzee, caged in a warehouse at Circle L Trailer Sales in Gloversville, New York, and Kiko, caged in a storefront at the Primary Sanctuary in Niagara Falls, New York.

The Nonhuman Rights Project had previously filed separate habeas petitions on behalf of the chimps, both of which were denied in decisions affirmed by New York appeals courts. The new suits are successive habeas proceedings that are not supported by changed circumstances, the First Department ruled.

New expert testimony presented in the case continues to support the position advanced by the Nonhuman Rights Project that chimpanzees show many of the same social, cognitive and linguistic capabilities as humans, the court said. The project argues the chimps’ capabilities requires that they have the same fundamental rights as humans.

But the new testimony doesn’t counter the reasoning of previous court findings that chimpanzees don’t have any legal duties, and therefore have no legal rights, the court said.

“While petitioner’s avowed mission is certainly laudable” the appeals court said, “the according of any fundamental legal rights to animals, including entitlement to habeas relief, is an issue better suited to the legislative process.”