University of Minnesota law professor Richard Painter wrote at Legal Ethics Blog that he, Harvard Law School professor Lawrence Lessig and other law professors have together outlined and announce their support for a proposed American Anti-Corruption Act, which would “overhaul campaign finance.”

A few tenets of the proposed act:

• Create an annual $100 tax rebate for voters to use for contributions to one or more federal candidates, political parties, and political committees.

• Require any organization that spends more than $10,000 on advertisements to elect or defeat federal candidates to file a disclosure report within 24 hours of the donation.

The White House received secession pleas from all 50 states this week, and a reader asked University of California, Los Angeles law professor Eugene Volokh a question about it. He decided to post answers at the Volokh Conspiracy to some of the questions being discussed.

Volokh notes that our legal system has never recognized a right to secede, secession would be possible “if the rest of the nation sufficiently agrees.” Even if the constitution is against secession, the constitution “can be amended. If ⅔ of Congress, ¾ of the states, and the seceding state agree to secession, secession will happen, and American legal institutions would view it as entirely legal (and, in my view, correctly so).”

But “modern talk of secession is both foolish and pretty obviously empty posturing,” Volokh wrote. “In principle, I agree that some sufficiently grave threats to liberty or security may justify secession—if we’re talking about historical locales, think Philadelphia 1776 or Yorktown 1781—but we’re extremely far from that, especially reckoning the liberty, security, wealth, and greatness costs of disunion. Today, secession is politically a total nonstarter, and for very good reasons.”

The Truth about Tax and Laws 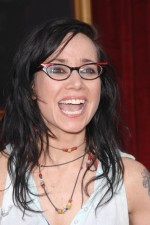 It was reported in the New York Post and elsewhere this week that actress / comedian Janeane Garafolo and comedy writer Richard Cohen recently discovered that they have been in a legally valid marriage for the past 20 years. At the New York Comedy Festival on Saturday, Garafolo said: “We got married at a drive-through chapel in a cab. [We thought] you have to go down to the courthouse and sign papers and stuff, so who knew?” She said that they had legally dissolved the marriage that day.

But Philadelphia lawyer Kelly Phillips Erb notes at Taxgirl that this obviously means they’ve both been filing under the wrong legal status for more than 20 years. “If that had happened in today’s tax climate, they would likely be just fine: Joint filers tend to have a reduced or relatively equal tax bill to two single filers with similar incomes,” Erb wrote. “However, the 1990s, when Garofalo and Cohen got married, were the heyday of the so-called ‘marriage penalty’ when it was actually disadvantageous to file jointly for double income married taxpayers.”

What does this mean for Garofalo and Cohen? “Chances are, if IRS were to target the couple, they would owe additional tax,” Erb wrote. “Fortunately, the statute of limitations likely bars the IRS from going back any further than 2008 (assuming no fraud and timely filings).”