Around the Blawgosphere: Is BigLaw 'culture' worth preserving?; In defense of plastic grocery bags

The myth of law firm ‘collegiality’

At Law21, lawyer/consultant Jordan Furlong notes this passage from the advisory:

“Law firms discount or ignore firm culture at their peril … the leaders of a firm whose partners pride themselves on their dedication to public service, a culture of collegiality and tolerance, and a commitment to share profits in a fair and transparent manner should acknowledge the importance of this culture to the firm’s success so far.”

Furlong admits: “I would be hard-pressed to find a sizable law firm that demonstrably fits this description in reality, not just in its partners’ imagination.”

Furlong notes an October post at Stephen Mayson » An Independent Mind in which Mayson, the director of the London-based Legal Services Institute questions how “collegiality” is defined and actualized.

“Typically, partners are confusing collegiality with friendliness and sociability,” Mayson wrote. “Collegiate organizations make decisions in the long-term best interests of the firm, they are collaborative, and no individual is more important than the firm. What I hear described, though—most often in firms that claim to be collegiate—is an environment where personal and local interests are usually pursued in preference to the firm’s objectives. Work-hogging, and a refusal to cross-sell, are prevalent, fed by a personal billing and client origination culture. These firms are often low-trust partnerships, where it is not unusual for high billers to hold the firm to ransom or to throw their toys out of the pram when it looks as though they might not get their own way. This is collegiality?”

Furlong had this in mind when he attended a conference at which panelists bemoaned the specter of nonlawyer ownership of law firms and expressed “concern that law firms run by ‘shareholders’ or in a ‘corporate manner’ would see their standards and professionalism fatally compromised, and that—wait for it—the ‘collegial’ nature and professional ‘culture’ of law firms would be lost.”

It doesn’t seem apparent to Furlong that an enterprise owned by lawyers would naturally be more “collegial” than one not run by lawyers. “In reality, it seems to me, the tendencies we think we’re locking out with ‘culture’ are often the very things we’re actually locking in.”

“Am I being cynical?” Careerist blogger Vivia Chen asks. She takes note of a study described at the Harvard Business Review blog that suggests actions companies and employees can take to battle rudeness in the workplace. But she doesn’t see any of these “reasonable suggestions” working in BigLaw.

One suggestion for employers: Create a culture of respect with actions such as sending handwritten personal notes to staffers showing gratitude.

“I would have to be high to imagine partners writing personal ‘thank you’ notes or asking underlings to assess them,” Chen wrote. 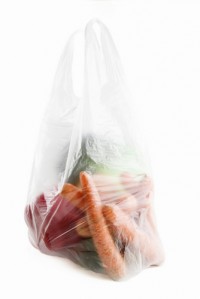 San Francisco and other municipalities have long had laws in place banning the use of plastic grocery bags for the sake of environmental protection. But Case Western Reserve law professor Jonathan Adler notes at the Volokh Conspiracy that two law professors have written a paper asserting that emergency room visits spiked in San Francisco after the ban went into effect in 2007 because many shoppers potentially carry around bacteria in their reusable grocery bags.

“Of course one solution is to encourage shoppers to take better care by regularly washing their grocery bags and storing them in places where bacteria is less likely to form,” Adler wrote. “But would such educational efforts have much effect? Perhaps, though I’m skeptical. In the meantime, bans on disposable plastic grocery bags may make people feel good, but they also have substantial unintended consequences.”

Get (more) serious with profile photos 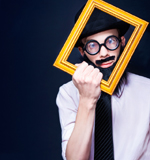 Many people do not think about much mileage their Facebook profile photo really gets, lawyer/CLE presenter Ernie Svenson writes at Ernie the Attorney. And Svenson wishes that his contacts wouldn’t use “cutesie” shots of themselves with their significant others or dogs or large groups of people.

“The profile pictures that accompany most of the people in my address book come, in many cases, from Facebook,” Svenson writes. “I can’t say for sure where they come from exactly, but I know that the pictures are chosen by the contact person themselves and not by me. Let’s say I need to send contact information from my contact list to a new business prospect. My usual routine is to send a vCard by email from my iPhone. I tend to do that very quickly without thinking much about it. So I probably wouldn’t notice that my old friend has a weird profile picture. Which means that’s what might show up when I send the business prospect the vCard.”

In that scenario, it would also be helpful for the new business prospect to know what you, the contact, look like in the event of a future meeting. “A profile picture of you with your four best friends from high school isn’t going to help me remember you or find you in a crowded coffee shop. Just saying.”

Next:
Shrinking law firm asks feds to take over its pension plan