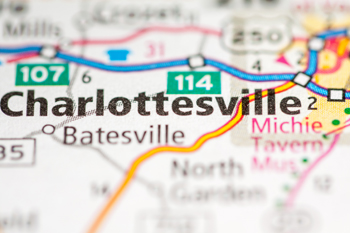 A lawyer appointed to represent a man facing a second-degree murder charge in the death of a counterprotester during a rally of white nationalists and similar groups on Saturday in Charlottesville, Virginia, is also a plaintiff in a lawsuit that seeks to keep Confederate statues in place in two city parks.

Charles L. “Buddy” Weber Jr., a former Republican candidate for the Charlottesville city council, was appointed as counsel for James Alex Fields Jr. on Monday, the Daily Progress reports. Weber, according to a profile on his law office website, represents “civilians and veterans” in criminal defense matters. He graduated from the University of Virginia School of Law in 1998 after a 27-year career as a military officer.

Will Lyster, vice president of Friends of C’Ville Monuments, told the Daily Progress that Weber was on a hiking trip with no cellphone service and is expected to return next week.

Heather Heyer, a 32-year-old paralegal from Charlottesville, was killed when a car reportedly driven by Fields plowed into a crowd of counterprotestors. The incident occurred after skirmishes in a park containing a statue of Confederate Gen. Robert E. Lee in which opposing groups clashed violently.

Fields, 20, of Maumee, Ohio, made an initial appearance before a judge on Monday and indicated he was unable to afford an attorney. The public defender’s office was conflicted out of taking Fields’ case because an employee was related to someone injured in the crash, the Richmond Times-Dispatch reports.