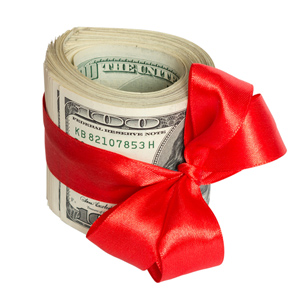 Updated: Cravath, Swaine & Moore raised the bar when it began paying first-year associates $180,000 this summer, but its bonus announcement on Monday will sound familiar.

Cravath will pay year-end bonuses ranging from $15,000 to $100,000, the same as last year. Above the Law broke the news and published the bonus memo, which has similar wording to last year’s memo.

Two other law firms announced on Monday that they would be matching Cravath’s bonuses. They are Paul, Weiss, Rifkind, Wharton & Garrison and Milbank, Tweed, Hadley & McCloy, report Above the Law and the Am Law Daily (sub. req.).

On late Wednesday and Thursday, these firms matched the Cravath bonuses, according to Above the Law: Allen & Overy (for U.S. associates), Shearman & Sterling, Dechert and Skadden (some may earn more than scale, however).

Above the Law is keeping track of the bonus announcements in a chart available here.

Ropes & Gray is also paying Cravath bonuses in the United States to recent associate classes, according to Above the Law. Bonuses may be adjusted upward or downward, however, based on billable hours and performance reviews. Bonuses for more senior associates will be determined individually.

Virtually all of Cravath’s associates will get the full bonus, which will be paid on Dec. 16, according to the announcement. Associates with the firm for less than a year will receive a prorated share of the bonus. There are no billable-hour criteria for receiving the bonus.

Above the Law doubts that other law firms will beat the Cravath scale, but says it’s not impossible. The blog says firms would have been justified in trimming bonuses following a downturn in M&A work. Cravath’s decision to keep bonuses the same is “very good news indeed,” the blog concludes.