Cartoon Poll: Make a wish upon your favorite genie caption

Poll: Make a wish upon your favorite genie caption 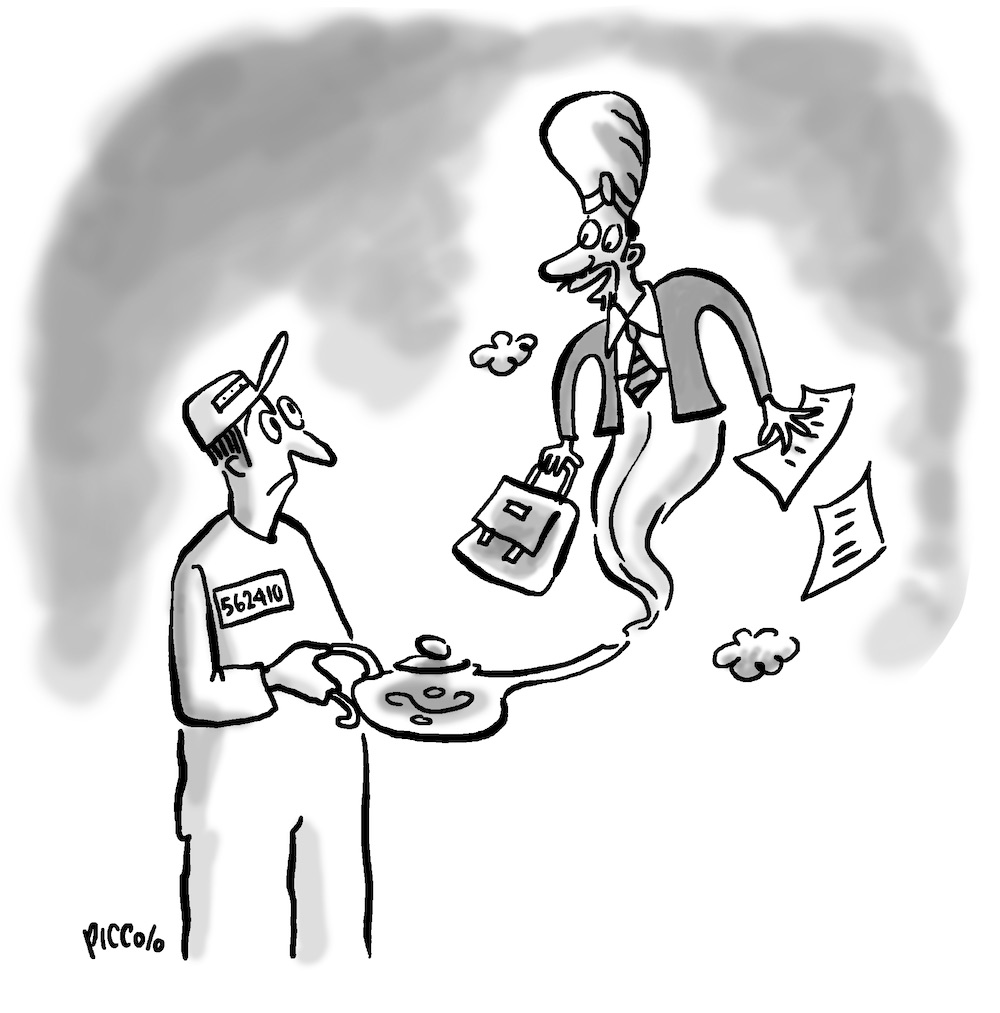 We’ve got three genie-themed captions, but our wish is for your help in determining the winner for this month’s cartoon contest. We sifted through more than 100 entries and narrowed them down to these top picks. Now, it’s time to rub the magic lamp and vote for the winner. The caption that receives the most votes will appear in an upcoming issue of the magazine.

• “Sorry! I don’t grant wishes to convicts who rub me the wrong way.” —Submitted by Bruce Rand of Woodstock, Georgia

• “It looks like we have both been locked up for some time now.” —Submitted by Frank M. Kocs of Paso Robles, California

• “Better wish my retainer gets paid if you really want the evidence to magically disappear.” —Submitted by Douglas Jeffrey of Miami

For complete rules, click this link. To view past cartoons, check out this gallery or follow the Cartoon Caption Contest RSS feed.