Cartoon Poll: Render your judgment on this courtroom scene

Poll: Render your judgment on this courtroom scene 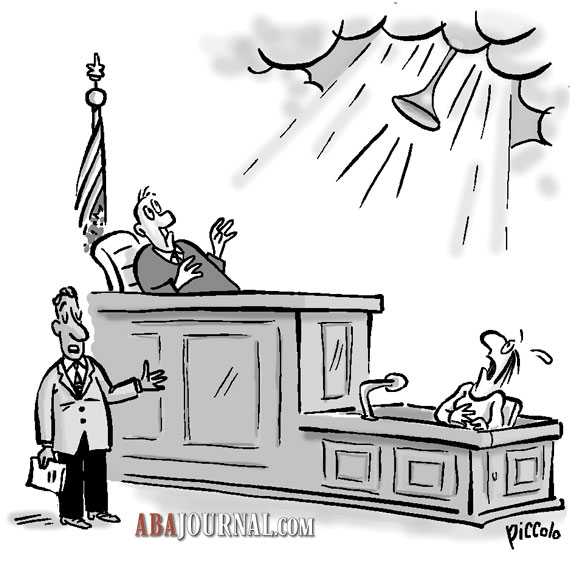 The high ruling is in: We received more than 100 submissions for this month’s caption contest. Now, we need you to sound the horns and tell us your favorite. The caption that receives the most votes will appear in an upcoming issue of the magazine.

• “When I said I’d tell the truth ‘so help me God,’ I didn’t mean it literally!” —Submitted by Benjamin Dryden of Washington, D.C.

• “I don’t think this witness needs to place her hand on a Bible, Your Honor.” —Submitted by Richard Wolf of Westminster, Maryland