Cartoon Poll: Pick the ski caption that takes you to new heights

Poll: Pick the ski caption that takes you to new heights 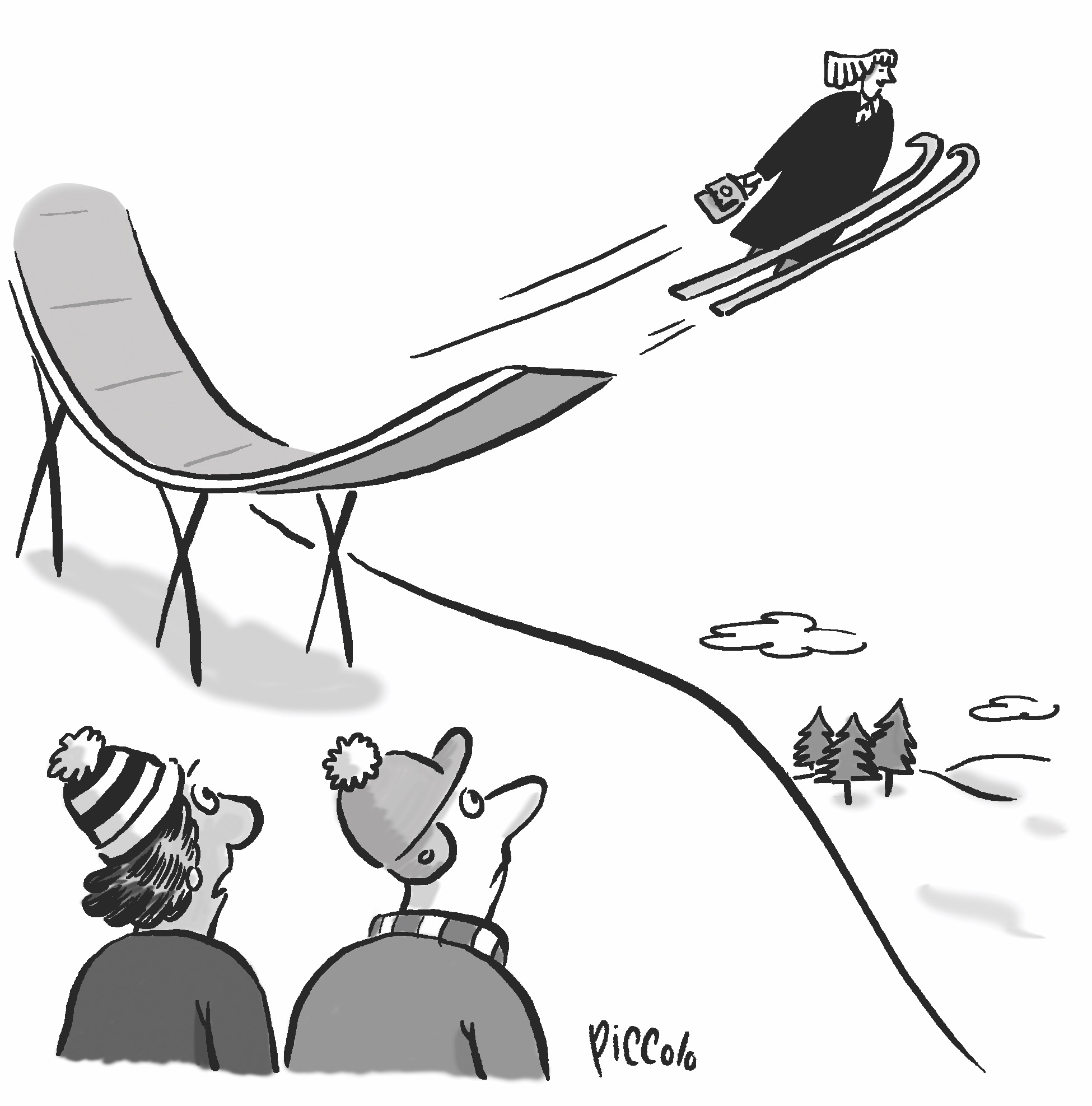 We jumped at the chance to glide through more than 170 entries for this month’s wintry cartoon caption contest. But we need help picking the winner. The caption that gets the most votes will appear in an upcoming issue of the magazine.

• “When he said ‘Justice knows no bounds,’ I thought he was talking about the case.” —Submitted by Kristen James of St. Louis

• “I know justice is swift, but can it nail the landing?” —Submitted by Robert Guinness of St. Charles, Missouri

• “Last thing I heard him say was something about sailing through the confirmation process.” —Submitted by Harold M. Goldner of Blue Bell, Pennsylvania