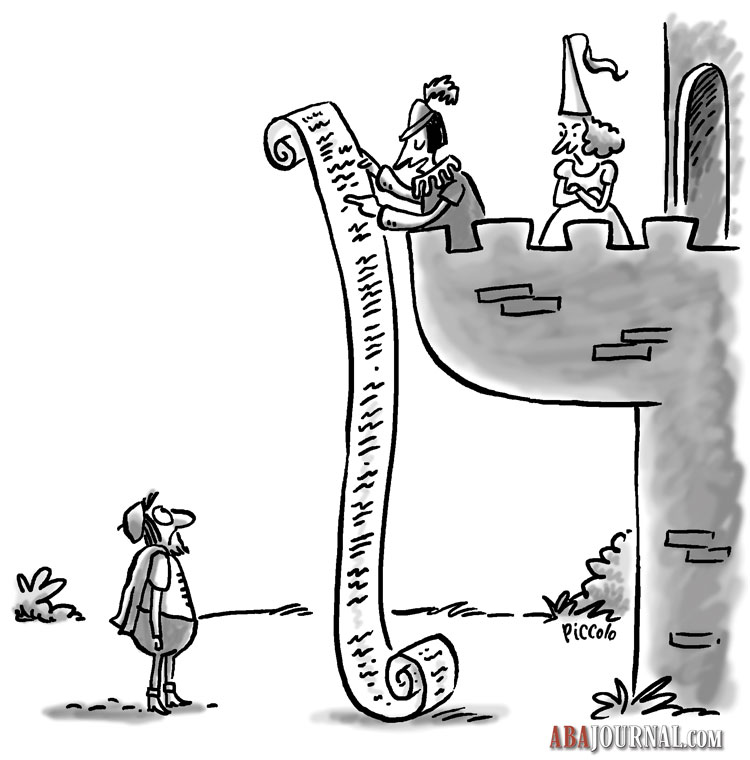 This month’s caption contest channeled medieval times, and we had fun gallivanting through more than 100 entries. Now we need you to come to the rescue and help us determine the winner. The caption that receives the most votes will appear in an upcoming issue of the magazine.

• “I’m sure you don’t want to meet in medieval chambers on this matter, counsel.” —Submitted by Frank M. Kocs of Paso Robles, California

• “It’s right here in Section 12 of the prenup: ‘Romeo to provide the ladder.’ ” —Submitted by Theodore J. MacDonald Jr. of St. Louis

• “Sir, this is a contract, not a fairy tale. And there is nothing in here about ‘letting down thy golden hair.’ ” —Submitted by Andrew Simpson of Christiansted, Virgin Islands