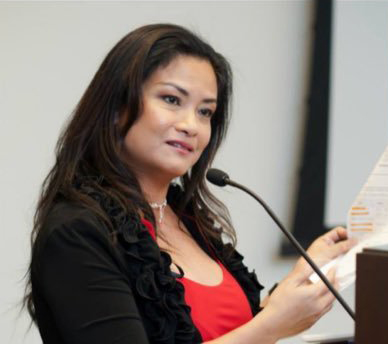 Jessica Arong O’Brien, a Cook County, Ill., judge who was found guilty of bank and mail fraud in February, has finally dropped her retention bid after a federal judge in Chicago denied her motions for acquittal and new trial.

In May 2018—three months after her conviction, and one month after she received an interim suspension of her law license—O’Brien filed paperwork for a retention vote on the November 2018 ballot. The Chicago Sun-Times reports that on Wednesday evening, O’Brien filed notice with the Illinois Secretary of State’s Office that she would not be in the race, “in light of the federal court’s ruling.”

Elected to the Cook County Circuit Court in 2012, O’Brien earned a salary this year of $148,900, the Chicago Sun-Times reported Tuesday. According to a 2017 circuit court news release, its executive committee reassigned O’Brien to administrative duties after her criminal indictment.

Warren Lupel, a a retired Illinois lawyer who previously defended judges and attorneys in discipline matters, told the ABA Journal that he does not recall another judge refusing to leave the bench after a conviction.

“Generally the course of action with almost any public officeholder, whether judicial or otherwise, is that once they are convicted they resign,” he said. “She doesn’t have a position I have read or heard that would suggest a technical legal basis for her position, other than the absence of guilt.”

The federal government alleges that O’Brien defrauded lenders in 2007, before she was elected to the bench, when she allegedly made $325,000 by selling two homes to straw buyers who later defaulted on mortgage payments. During that time, O’Brien owned a real estate company, worked part-time as a loan originator with another real estate company and was a special assistant attorney general with the Illinois Department of Revenue, the Chicago Tribune reported. She is married to Brendan A. O’Brien, who is also a Cook County Circuit Court judge, according to a February Chicago Sun Times article.

O’Brien’s sentencing hearing is scheduled for Oct. 9, the Sun-Times reports. In his Sept. 4 order dismissing her post-trial motions, U.S. District Court Judge Thomas M. Durkin wrote that O’Brien filed more than 100 pages of briefings, much of which repeated arguments the court already addressed in pretrial orders.

The Illinois Courts Commission, an agency with the authority to remove state court judges, had been reviewing O’Brien’s case, as well. A hearing was scheduled for Sept. 24, the Sun-Times reports; O’Brien’s attorneys have argued that the commission doesn’t have the authority to discipline someone for conduct that occurred before they became a judge.

“That has nothing to do with it. As long as she is a judge, the commission has authority over her,” Lupel says. “If she committed murder in 2007, and it wasn’t discovered until 2012, the (commission) wouldn’t say, ‘We can’t throw her off the bench, she’s OK.’ ”