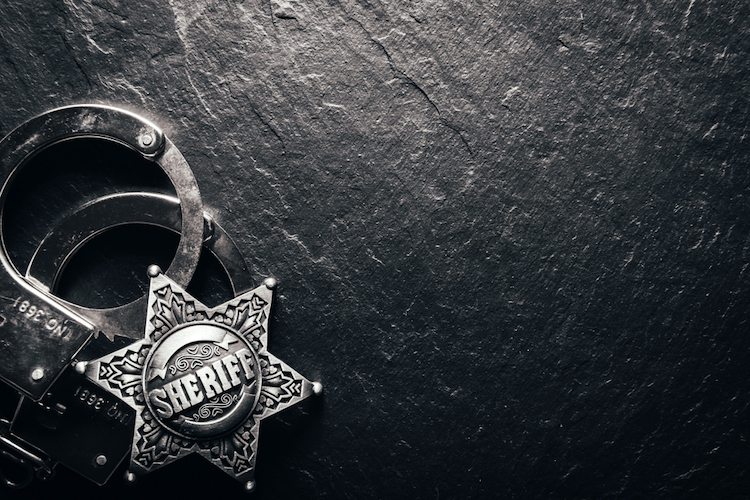 “Constitutional sheriffs” contend that their authority goes beyond enforcing the law to determining what the law is.

These so-called sheriffs say their authority is greater than other elected officials because of their oath to uphold the U.S. Constitution, according to a Washington Post op-ed by Christy E. Lopez, a “professor from practice” at the Georgetown University Law Center.

Robert L. Tsai, an author and a professor at the Boston University School of Law, explained the concept in a 2017 Politico article.

“The strange idea that unites all members of this movement is that a sheriff is the highest law enforcement officer within a county’s borders—superior not only to local police, but also to officers and agents of the federal government,” wrote Tsai, who was previously a professor at the American University Washington College of Law.

The sheriffs’ claims are bogus, according to Lopez.

“After searching in vain for any legal basis for sheriff supremacy and checking with several others who have studied law enforcement and civilian oversight, I can confirm that a constitutional sheriff with unique autonomy is not actually a thing,” she wrote.

“We are defying tyrants,” said Richard Mack, the founder of the Constitutional Sheriffs and Peace Officers Association, in a November interview with the Washington Post. “People appreciate and sympathize with the mission. They don’t want to be told they have to wear a diaper on their face.”

One of the movement’s adherents, then-Sheriff Joe Arpaio of Maricopa County, Arizona, refused to obey a judge’s order that he stop detaining citizens based only on a suspicion that they were in the country illegally.

Then-President Donald Trump pardoned Arpaio in 2017, a month after the sheriff was found in contempt for violating the order.

Mack told the Washington Post that about 300 of the nation’s 3,000 sheriffs belong to the Constitutional Sheriffs and Peace Officers Association. About 10,000 citizens have also joined.

Constitutional sheriffs have expressed support for Jan. 6 U.S. Capitol rioters, Lopez said. She pointed out that Mack was once a board member of the Oath Keepers, a far-right group that includes several members charged with conspiracy in the Jan. 6 riot, according to BuzzFeed News.

Mack told the Washington Post that he resigned from the board in 2015 when the Oath Keepers positioned itself as a peacekeeping force against Black Lives Matter protesters.

Although constitutional sheriffs claim that their superior constitutional position is supported by history, the idea is “based on a faulty reading of history,” Tsai wrote.

The idea “has been made up by stitching together random references to sheriffs and militias in our political and legal texts,” Tsai wrote. “It relies on a highly selective reading of history, pretending that the high sheriff of the English shire was transplanted to colonial America, and then somehow emerged in the present day untouched by legal developments over the past 200 years.”