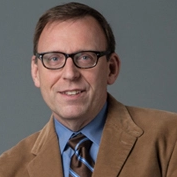 James McGrath, a professor and associate dean at Texas A&M University School of Law, has been tapped to serve as president and dean at Western Michigan University Cooley Law School.

The school announced Tuesday that McGrath will take the reins on July 1, becoming the third president and sixth dean in the Cooley Law School’s history. During his time as Texas A&M dean, McGrath oversaw academic support, bar passage and compliance at the school, according to his bio.

In November 2017, Cooley Law School was found to be out of compliance with an ABA admissions standard, but in March 2018 the council of the Section of Legal Education and Admissions to the Bar found that the law school was back in compliance. In October 2018, the law school dismissed its federal lawsuit against the ABA, alleging Higher Education Act and common law due process violations. Cooley Law School’s ultimate bar passage rate is 69.02 percent, according to ABA data.

“I hear the things they say about Cooley, and I’m here to fix that,” McGrath told the ABA Journal. Texas A&M’s ultimate bar passage rate is 93.34 percent, according to ABA data, and McGrath says that teaching students to be intuitive learners who have good self-assessment skills and can relate what they are learning to what they already know is key to pulling graduates through the bar.

Also, he’d like to “right size” the law school—which according to its 509 report has a total of 1,269 students—with no faculty cuts. He adds that many law schools have tried to keep their class sizes the same, despite a shrinking applicant pool.

“That wasn’t a very good approach, which in hindsight we all know,” says McGrath, who favors delivering legal education in innovative ways, as opposed to the “old-sage-on-the-stage” model.

Prior to law school, McGrath was a corpsman in the U.S. Air Force, as well as an AIDS and LGBTQ activist. He also owned Rocket, a Providence, Rhode Island, nightclub. He earned his law degree at Howard University School of Law in 1997, and a master’s degree from the Harvard University T.H. Chan School of Public Health in 2000. He also has an LLM from Temple University, granted in 2002, and was a Fulbright Scholar.