Old allegations that county attorney cannibalized children are a 'pack of lies,' he says 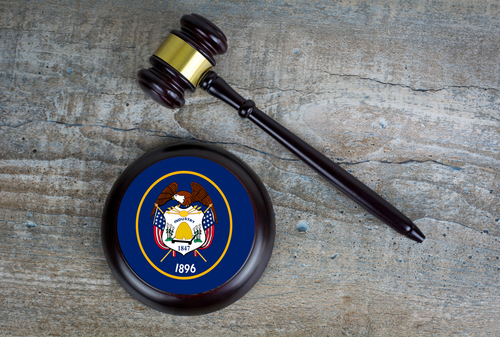 Updated: A county attorney in Utah has said a “tragically mentally ill woman” made long-ago allegations that he and his wife cannibalized children and participated in a ritualistic child-abuse ring.

Those allegations have resurfaced in advance of county attorney David Leavitt’s bid for reelection, he said at a June 1 press conference.

Leavitt said he found out about the old accusations when he received a 151-page document with the woman’s statement, report the Salt Lake Tribune, the Gephardt Daily, the Deseret News, KSL NewsRadio, KUTV and Newsweek.

Leavitt called the allegations a “pack of lies” and questioned whether the woman’s false claims were the impetus for an investigation of ritualistic child abuse by the sheriff’s office.

“There is no organized ring of abuse,” Leavitt said. “It was debunked more than 10 years ago. The allegations that are there are so outlandish and so crazy that they’re just not true.”

Leavitt said the woman made sex-abuse claims against 15 to 20 people that were dismissed as not credible before he became the county attorney.

Leavitt’s office received the document with the woman’s claims from a reporter, according to Sherrie Hall Everett, the public information officer for the Utah County attorney’s office.

The claims were also referenced on the website of a man charged with rape by Leavitt’s office. The man allegedly faked his death, fled the country and was living under an assumed name when he was arrested in Scotland, according to the Deseret News.

The day before Leavitt’s press conference, Utah County Sheriff Mike Smith announced that his office is investigating a “ritualistic child sexual abuse and child sex-trafficking” ring that operated from the years 1990 to 2010.

The investigations involves “multiple county and federal agencies,” the sheriff’s office said in a May 31 press release.

Leavitt is running for reelection, and Smith has endorsed his opponent. Leavitt is calling for an investigation into whether Smith used “documents from a debunked investigation” for political purposes. He is also calling for Smith’s resignation.

In his own press conference, Smith said his actions are not political. He said investigators released information so potential victims could come forward. The main focus of the investigation is about child abuse, not cannibalism and murder, the sheriff said. Smith also denied that he was the source of the online post by the rape suspect, the Providence Journal reported.

Leavitt has staked out some controversial positions while in office. He has refused to seek the death penalty, has sent more nonviolent misdemeanor cases to a prefiling diversion program, and has disbanded his office’s special victims unit, according to another story from the Salt Lake Tribune. The unit was responsible for sex crimes and domestic violence prosecutions.

Leavitt has said he abolished the special victims unit because of a backlog of cases and burnout among its prosecutors. The cases have been redistributed among the office’s prosecutors, the vast majority of whom have received SVU training, Everett told the ABA Journal.

“Basically, this is an effort to oust a county attorney who promised to make criminal justice reform a central part of his administration, and it’s very uncomfortable for some people,” Everett said.

Updated June 6 at 3:40 p.m. with information from Sherrie Hall Everett.