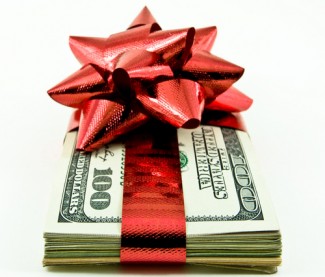 Cravath’s bonus amounts are the same as the last couple of years, but the announcement following a hike in base pay this year “translates into a nice payday for associates,” according to Above the Law, which broke the news. The New York Law Journal also has a story.

Cravath’s associate salaries range from $190,000 for new associates to $340,000 for the most experienced associates.

The announcement on Monday is about a week earlier than usual. Paul, Weiss, Rifkind, Wharton & Garrison quickly followed with its bonus announcement, as did the New York boutique law firm Holwell Shuster & Goldberg. Both firms are matching the Cravath scale. On Tuesday, more law firms jumped on board or even beat Cravath’s scale.

Cravath does not have a billable-hours requirement for a bonus, but payment is dependent on “suitable performance,” according to its bonus memo. “Virtually all” of its associates will be getting bonuses, the memo says.

Here is the Cravath bonus schedule:

Above the Law is keeping track of the bonus announcements. Besides Cravath and Paul Weiss, these large law firms announced bonuses on Tuesday (bonuses are at Cravath’s rate unless noted): Fried Frank (which matches the Cravath scale but offers a premium for high billers); Skadden (which matches Cravath and offers an extra $10,000 for senior associates with extraordinary performance), Proskauer Rose; and Debevoise & Plimpton.