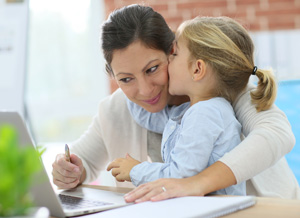 As an attempt to increase diversity, Davis Polk & Wardwell recently started a program that recruits women who left the firm to raise their children.

The offering, which the firm calls “Davis Polk Revisited,” targets lawyers who practiced there for at least three years, and have been gone for two or more years, American Lawyer reports. Applicants will apply for associate-level positions in the year-long position, and if accepted will receive training and mentorship from partners, says managing partner Thomas Reid.

Lawyers hired for the program will earn $190,000 and may be offered permanent associate positions, Reid told American Lawyer. Which class they’d be placed with depends on experience.

According to him, women comprise 17 percent of Davis Polk’s equity partnership.

“I know there are many women who opted to leave the firm,” Reid said. “It’s very hard to find that way back in. That is what this program is designed to do—to make the way back in easy.”

A similar program, OnRamp Fellowship, works with more than 30 law firms and in-house legal departments, including Skadden, Arps, Slate, Meagher & Flom; Morrison & Foerster; and Loeb & Loeb. Launched in the U.S. in 2014, that program has been expanded to the U.K. and Australia as well.