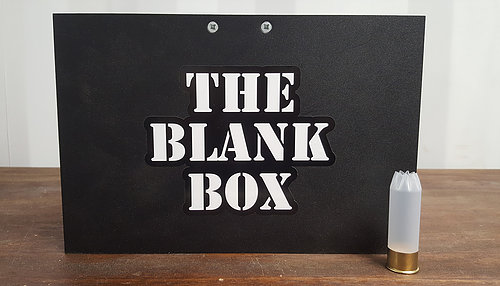 Fed up with porch package thieves, an inventor in Tacoma, Washington, took action.

Jaireme Barrow said police failed to make any arrests when he offered video of people taking packages from his front porch. So Barrow came up with “an explosive idea,” the Washington Post reports. He invented a device called TheBlankBox that triggers a 12-gauge shotgun blank when it is lifted.

However, the device appears to be illegal, according to Loretta Cool, a spokeswoman for Tacoma police.

“Even though it’s a blank, the way the device is made is actually illegal,” Cool told the Washington Post. “Even though this person is stealing something, [Barrow] can’t intentionally set them up to be hurt.”

Barrow hasn’t been charged because “nobody has reported this. We have to have a victim,” Cool said.

Cool also said Barrow could be sued if someone is hurt on his property.

Barrow said his device is “completely safe” as long as the blanks stay in the box. He also suggests posting a “No Trespassing” sign and warning delivery people about the box.

Barrow is trying to get a patent for his invention and is selling it online.

The News Tribune had previous coverage here and here.

A video of the product in use.