Does autopilot absolve someone who drives drunk or has an accident? 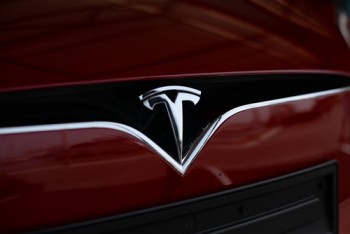 A driver who was arrested for alleged drunken driving on Saturday told police he wasn’t driving because his car was on autopilot.

The California Highway Patrol said in a tweet that the man’s blood alcohol level was twice the legal limit. He was arrested after police found him apparently passed out in his stopped car on the San Francisco Bay Bridge, report the San Francisco Chronicle and Fortune.

A Tesla spokesperson told the Chronicle that the car’s autopilot is intended to be used “only with a fully functioning driver.” The company did not confirm that autopilot had actually been used by the driver.

Tesla’s autopilot is at issue in a second incident on Monday in California, report the San Jose Mercury News and Bloomberg News. A Tesla crashed into a fire truck, and the driver said he was using autopilot at the time, according to the union representing Culver City firefighters. No one was injured, and there was no immediate confirmation of the driver’s autopilot claim.

The U.S. National Transportation Safety Board said it was gathering information on the accident but hadn’t decided whether to open a formal investigation.

The NTSB found no defects in a Tesla autopilot system that was in use during a fatal crash in May 2016, the New York Times reported last January. Tesla Motors has said the car’s cameras didn’t recognize a white truck against a bright sky. But the NTSB said the driver who died in the crash had at least seven seconds to respond before the collision, and he didn’t brake.

“Not all systems can do all things,” NTSB spokesperson Bryan Thomas told the Times. “Autopilot requires full driver engagement at all times.”

When u pass out behind the wheel on the Bay Bridge with more than 2x legal alcohol BAC limit and are found by a CHP Motor. Driver explained Tesla had been set on autopilot. He was arrested and charged with suspicion of DUI. Car towed (no it didn’t drive itself to the tow yard). pic.twitter.com/4NSRlOBRBL