Does Dentons' verein structure shield it from conflict claim? Malpractice suit says the answer is no 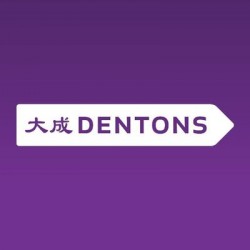 Are law firms that operate under a Swiss verein structure considered one law firm when determining conflicts of interest?

The world’s largest law firm by head count, Dentons, avoided an answer to that question when a case settled before the U.S. International Trade Commission, the ABA BNA Lawyers’ Manual on Professional Conduct reports.

But the question is raised anew in an April 4 malpractice suit filed against Dentons by its former client in the trade case, RevoLaze, according to the story by Lawyers’ Manual.

Swiss vereins include multiple partnerships that adopt a common brand and some management functions, but remain legal and financially distinct, the ABA Journal reported last September.

An administrative law judge with the International Trade Commission had disqualified Dentons from representing RevoLaze last year after the Gap said it was a client of Dentons’ in several international matters. RevoLaze had claimed the Gap and other retailers were violating its patents by importing laser-abraded jeans.

After the case settled, the International Trade Commission vacated the disqualification decision as moot. The commission notice issued on April 12 said it has discretion to address moot issues, but it decided not to do so in this case.

The disqualification turns on whether Dentons US and Dentons Canada, both members of the verein, should be treated as a single law firm under the ABA Model Rules of Professional Conduct, according to the commission notice. The answer to that question, the commission said, would require fact-finding on issues that include: how the lawyers present themselves to the public, whether the lawyers conduct themselves as a law firm, the terms of any formal agreement among the lawyers, and whether the lawyers have mutual access to client information.

The malpractice suit says that Dentons “holds itself out as one law firm, and boasts about its seamless delivery of services across the globe.” The suit alleges Dentons promised that it had cleared conflicts with the Gap and could act against the retailer in the litigation. The suit also alleges Dentons failed to conduct adequate discovery and negligently produced privileged documents.

RevoLaze is seeking more than $50 million in the suit, filed in Ohio state court, the Am Law Litigation Daily (sub. req.) reports. RevoLaze contends the disqualification forced it to quickly find new lawyers and impacted its leverage in settlement negotiations.

Dentons told the Am Law Daily that the malpractice suit “seeks to exploit the disqualification ruling” and it is without merit. “Dentons at all times has been forthright in these proceedings, and we will vigorously defend the firm and the conduct of our partners, who achieved numerous successful settlements on behalf of RevoLaze,” the statement said.