Does the US need a defender general? 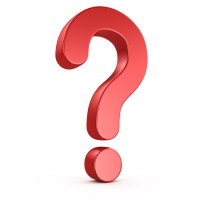 In a column this week in Indiana Lawyer, Valparaiso University Law School Dean Andrea Lyon posits that the United States, which has an attorney general and a solicitor general, should also have a defender general.

Congress and the executive branch “can and do turn to the attorney general for her input on statutory and other concerns,” Lyon writes. “But there isn’t an office that can represent the concerns of the defense, their families and their communities. Defendants and defense attorneys need a representative at the executive level who can collaborate on major policy issues, establish national and statewide standards, and coordinate training efforts within the criminal justice system.”

So this week, we’d like to ask you: Does the U.S. need a defender general? Or how else do you think government could improve the federal justice system?

Read the answers to last week’s question: Should lawyers be able to practice freely outside their home states?

Posted by B.D: “There should be no barriers to entry anywhere in the U.S. That is particularly true since most of the bar has now taken a multistate exam of some sort to get admitted. I have many clients across the country who I can only serve at home and that shouldn’t be the case. Other rules of law and ethics factor into the matter to address competence and familiarity with the jurisdiction so in this day and age it serves no real purpose.”