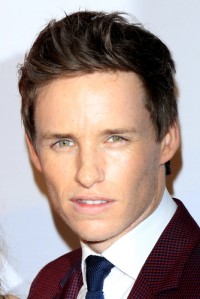 Actor Eddie Redmayne has signed on to play influential lawyer Paul Cravath—who became a name partner at Cravath, Swaine & Moore—in a historical film about a battle over the patent for the light bulb.

Cravath had provided legal advice to George Westinghouse in his 1880s patent battle with Thomas Edison, Law.com (sub. req.) reports. Author and screenwriter Graham Moore used Cravath to tell his patent law story in The Last Days of Night, a book he is now adapting as a screenplay.

Law.com calls Moore’s book “a legal and scientific thriller” that portrays the shaping of the patent system. Cravath’s work in the case raised his profile before his joined the firm he later came to dominate, Cravath presiding partner Allen Parker told Law.com.

Moore visited Cravath, Swaine & Moore, but he was not allowed to see letters written between Cravath and Westinghouse. He was told the letters were protected by attorney-client privilege, even though Cravath died in 1940.

Moore also discussed the book with NPR and the Wall Street Journal (sub. req.). Cravath was only 26 and 18 months out of Columbia Law School when Westinghouse hired him.

Cravath “has never really had a client before, much less tried a case,” Moore tells NPR. “And now he’s the lead litigator on this unfathomably large lawsuit. He’s in way over his head, and this kind of opened up the whole story for me. What if we tell the story of kind of the great scientific rivalry of the 19th century, all from the perspective of this earnest, ambitious, hungry young attorney who’s just moved to New York to make good?”

Corrected at 1:10 p.m. to state that Parker is presiding partner at Cravath.