Emotional-support pig is ejected from plane after it poops before takeoff; what does ADA require? 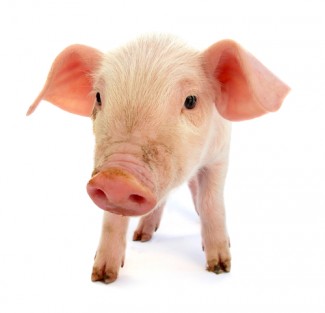 An emotional-support pig ejected from a plane before takeoff is an example of the difficulties in interpreting the law governing such animals.

University of Massachusetts professor Jonathan Skolnik was the unfortunate passenger seated next to the pig and its master on the US Airways plane, the Hartford Courant reports. The pig had been allowed aboard as an emotional-support animal, an airline spokesperson said.

Skolnik told the publication he first spotted the pig when he saw a woman carrying a large item down the aisle of the plane that he mistook at first for a duffel bag—until he saw it moving. The woman tied the pig to the armrest as she began to stow the rest of her gear.

And then the pig pooped, Skolnik said. A flight attendant ordered the woman to clean up the mess but the smell prompted complaints. Finally, the woman was told her pig would not be allowed on the plane.

The Washington Post noted the story as well as a New Yorker story on the murky laws surrounding support animals.

Anyone who pays a fee to a variety of private organizations can register a pet as an emotional-support animal, the New Yorker says. And clinicians, for a fee, will provide an evaluation online and write a letter confirming your disability necessitating the emotional-support animal. But satisfying those two requirements doesn’t mean you have a legal right to bring the animal to a New York City restaurant, hotel, store, taxi, train or park, the story says.

You do have a right under the Fair Housing Act, however, to live with an untrained animal that provides emotional support in a building that otherwise bars pets, the New Yorker story says. And the Air Carrier Access Act allows emotional-support animals to fly for free with their owners, though airlines usually require the animal to be stowed under the seat or on the lap of its owner. And both laws require a letter from a health professional.

Service dogs have wider latitude; they are allowed to accompany their humans anywhere, the New Yorker says. To comply with the Americans with Disabilities Act, business owners may ask two questions: whether the animal is required because of a disability, and what kind of task the animal has been trained to perform.

To test confusion about the law, the author of the New Yorker article paid to register animals ranging from a turtle to an alpaca and gained admission to places that included an art museum, a deli and a funeral home. She carried a pig on a flight to Boston, bringing along the chewing gum it liked in case of airplane ear. On the way home, the author was allowed to preboard with the pig.

At a Chanel store, the author shopped for a reptile bag to match her 30-inch snake. The store clerk offered her “one of the classics” selling for $9,000. “I think yellow,” the clerk said. “Red makes the snake look too dull.”

ABA Journal: “An uptick in service animals on airplanes is sparking controversy”