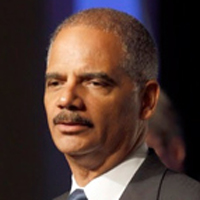 Eric Holder got some good news and some bad news as he wraps up his six-year tenure as U.S. Attorney General.

On Monday, a federal judge refused to hold him in contempt of court for failing to turn over documents to House Republicans investigating Operation Fast and Furious, reports the Associated Press. U.S. District Judge Amy Berman Jackson of the District of Columbia denied the contempt order issued by House Republicans.

Holder had missed an Oct. 1 deadline imposed by the House Oversight and Government Reform Committee for certain “non-deliberative” documents while a motion he had filed on Sept. 2 for a stay was still pending. This prompted committee chairman Darrell Issa (R-Calif.) to move, the next day, that Holder be found in contempt.

“The committee was well aware of the pendency of the motion to stay, so its filing of the contempt motion was entirely unnecessary,” wrote Jackson in her opinion (PDF).

Jackson based her ruling on the fact that Holder had moved for the indefinite stay of her previous order that Holder turn over these “non-deliberative documents”. Because he had moved for the stay, Jackson says she should have ruled on it before the Oct. 1 deadline, but simply didn’t get around to it.

It wasn’t all good news for Holder, though. Now that she had a chance to consider Holder’s motion, Jackson denied it and made clear that Holder will still have to turn over the documents and gave him until Nov. 3 to do so.

“Though the Court has the discretion to grant a stay in the interests of judicial economy and efficiency, pending appeal or otherwise, there is no pending appeal here and the Court has already ruled that defendant has no legal basis to withhold non-deliberative documents,” wrote Jackson in her ruling.

“We are pleased that the court rejected the committee’s latest stunt,” Justice Department spokesman Brian Fallon said. Meanwhile, a spokesperson for the House Oversight and Government Reform Committee told according to Politico’s Under the Radar blog that he was “pleased that the Judge in the case has rejected the Department’s request to continue illegally withholding documents and its attempt to unnecessarily prolong the proceeding.”