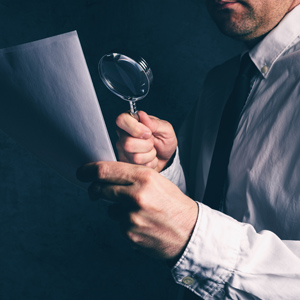 A federal judge in Maryland has issued a warning: Keep case citations out of footnotes, or watch me toss your pleadings.

“Counsel should familiarize themselves with these rules,” Bredar said. “Future noncompliant filings will be stricken without prior notice.”

Above the Law’s report “has stirred much buzz among Twittersphere’s legalati,” according to the Law Blog. There has been a running debate on the better rule.

Bryan Garner, president of LawProse and columnist for the ABA Journal, took the position in an ABA Journal column that citations in text “amount to useless detail that distracts the reader from the content.” He acknowledged in an interview with the Law Blog, however, that some lawyers “abuse” footnotes “to get around page limits.”

While Circuit Judge Richard Posner is no fan of the Bluebook, the appeals judge is in “the pro-text camp,” Above the Law says. So too was the late Justice Antonin Scalia, who told the ABA Journal of his disagreement with Garner in a 2008 interview.