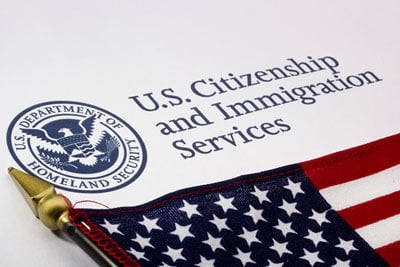 Two recent policy changes at U.S. Citizenship and Immigration Services will limit immigrants’ ability to come to or stay in the United States legally.

CNN reported Tuesday that USCIS—the federal agency that handles naturalization and some visa functions—is permitting employees to deny visa requests without seeking further information or stating a reason for the denial. This will permit the agency to deny visa applications that were incomplete as submitted. In a memo issued last Friday announcing the change, the agency said it was intended to prevent frivolous filings and incomplete filings intended as “placeholders.” Previously, USCIS would typically have responded to an incomplete visa application with a request for more information.

The memo applies to most visas, but not to Deferred Action for Childhood Arrivals (DACA) applications.

CNN says that decision came about a week after the publication of another memo saying USCIS would start referring people for deportation when it denies them a visa and that denial leaves them with no legal immigration status. It will also start making those referrals when there’s evidence that a visa applicant has committed fraud or a crime.

“This effectively means the system just got a lot more unforgiving,” Ahmed tweeted Sunday. “Even a simple, straightforward application, one that might be considered ‘routine’—can no longer be so considered.”

Both Ahmed and Mother Jones observed that the changes are likely to send more people to deportation proceedings. That’s because USCIS will respond to incomplete visa applications by denying them, and that denial could put the applicant out of legal status. The agency would then refer the applicant for deportation. That will likely add to an already record-high backlog in the immigration courts, which the Trump administration has said it would prefer to reduce.

“These two memos work in tandem and are effectively a one-two punch that will render our adjudication processes even less fair and even more harsh,” Greg Chen of the American Immigration Lawyers Association tells Mother Jones.

The memos come after a series of other changes that tighten up the availability of visas for legal immigrants. A report published by AILA in April notes that the government is subjecting all visa applicants to stricter screenings, including a requirement to submit their social media identifiers for the past five years; no longer waives the visa or green card interview requirement for certain groups; and is making it more difficult for technology workers to get the popular H-1B visa.

USA Today also notes that the Trump administration reduced the number of refugees permitted in the United States in 2018 by 59 percent, setting the lowest cap since 1980.