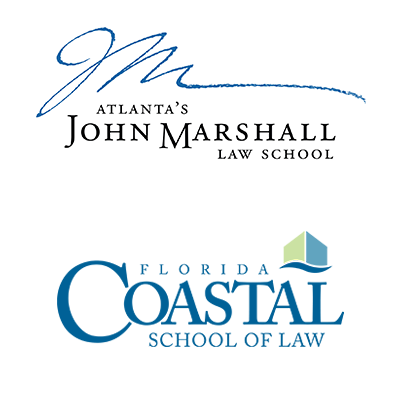 In a notice posted Wednesday, the ABA’s Section of Legal Education and Admissions to the Bar stated that Florida Coastal School of Law has demonstrated compliance with various accreditation standards and requested more information from Atlanta’s John Marshall Law School, which was placed on probation in December 2018.

Scott DeVito, the dean of Florida Coastal, wrote in a statement that the school is grateful that the council “has recognized the hard work and dedication of the Florida Coastal students, staff, and faculty.”

In October 2017, the council posted public notice that Florida Coastal was found to be “significantly out of compliance” with the following standards:

• Interpretation 501-1, which states that a law school’s academic attrition rate is a factor to consider when determining if a law school is in compliance with the standard.

In his June 13 statement, DeVito wrote that Florida Coastal’s entering credentials are now at or above those of 43 other law schools, and their first-time bar passage rates for Florida are better than most or all “comparable” schools there.

Florida Coastal’s median LSAT score is 150, and its median undergraduate GPA is 3.14, according to its Standard 509 Information Report. Its 2018 bar passage rate for Florida is 63.36%, according to ABA data, and out of all the ABA-accredited law school graduates who took the Florida bar that year, the pass rate was 65.15%.

Comparatively, Florida Coastal’s first-time pass rate for the July 2017 Florida bar exam was 47.7%, according to the state’s board of bar examiner’s data.

Florida Coastal is one of three law schools that’s part of the for-profit InfiLaw System, and it is the only one that remains open and is not operating under a teach-out plan. It is also the only InfiLaw law school that has not been placed on probation by the ABA. All three InfiLaw schools sued the ABA for accreditation issues in May 2018. By April 2019, the three schools had agreed to dismiss the actions.

In February, the same month that Florida Coastal asked the federal court to dismiss with prejudice it’s accreditation lawsuit against the ABA, the law school filed a substantive change application with the council to become a nonprofit. That request is pending.

Like Florida Coastal, Atlanta’s John Marshall Law School has also filed a substantive change application to convert to a nonprofit law school. When it was placed on probation, the council found that the law school was out of compliance with the above-mentioned Standards 301(a), 309(b), 501(a) and (b), and Interpretation 501-1. When the council met in May, it found that more information is needed to determine if the law school can meet its goals to come into compliance with those standards.

The law school’s median LSAT score is 149, according to its 509 report, and the median undergraduate GPA is 3.01. Its Georgia state bar exam pass rate for 2018 was 38%, according to ABA data. For graduates of ABA-accredited law schools who took the Georgia bar in 2018, the pass rate was 71.19%.