A former Iowa prosecutor who pleaded guilty to the theft of a colleague’s underpants has had his law license suspended.

The Iowa Supreme Court suspended Benjamin Stansberry indefinitely last Friday, with no possibility of reinstatement for at least a year. Before he can be reinstated, Stansberry will have to provide an evaluation from a licensed health care professional verifying his fitness to practice law. The Des Moines Register, Law360 and the Legal Profession Blog have coverage.

Stansberry was an assistant Marshall County attorney in a supervisory role at the time he rifled through a female colleague’s undergarments in her bedroom, photographed them, and stole the underpants, according to the Iowa Supreme Court opinion.

He also looked through gym bags at the office of that colleague and another colleague to take photos of their undergarments, the court said.

The underwear theft occurred in August 2016. Stansberry had texted his colleague, an assistant county attorney whom he supervised, to ask whether he could stop by her home with his 3-year-old son. When Stansberry arrived, the colleague was mowing her lawn.

Stansberry asked to could go inside to use the restroom. The colleague watched Stansberry’s son while he was inside the home for about five minutes.

After Stansberry left, the colleague saw a piece of cloth in the driveway and realized it was her underpants. The colleague reported the incident to the Marshall County attorney, and an investigation followed.

Under questioning by law enforcement, Stansberry denied the theft, and he denied deleting any photos from his phone, the opinion said.

A search of his phone revealed Stansberry had deleted the bedroom underwear photos, and he also had deleted photos of the gym bag contents. Stansberry resigned from the county attorney’s office four days after the initial incident. 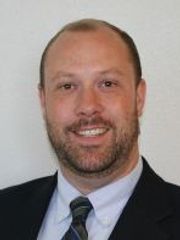 Stansberry self-reported the theft to ethics officials but didn’t mention the recovered photos on his phone, the state supreme court opinion said.

When explaining his denials to police, Stansberry said he maintained that the photos hadn’t been deleted because he knew they could be recovered by law enforcement. He also said he lied about taking the underpants from the woman’s home “because he could not be sure if he had taken them from her home since he did not know where he accidentally dropped them,” according to the opinion.

Both female colleagues suffered emotional trauma as a result of Stansberry’s actions. The colleague who let Stansberry into her home resigned her job, sold her home in Marshalltown and relocated to a different county, according to the opinion. The other colleague sought therapy and began taking prescribed medication.

Stansberry later admitted his conduct, but he argued it didn’t violate ethics rules, the opinion said. He has not sought mental health treatment and has denied he has a compulsion.

When explaining why he photographed the undergarments, he said, “It was dangerous, and I suppose it was an adrenaline rush,” according to the opinion.

The state supreme court said Stansberry’s actions reflected adversely on his fitness as a lawyer; demonstrated a lack of respect for the law; constituted sexual harassment; and amounted to conduct involving dishonesty, fraud, deceit or misrepresentation.

“Stansberry has minimized his crimes, placed blame elsewhere, and failed to acknowledge his wrongdoing,” the Iowa Supreme Court said.