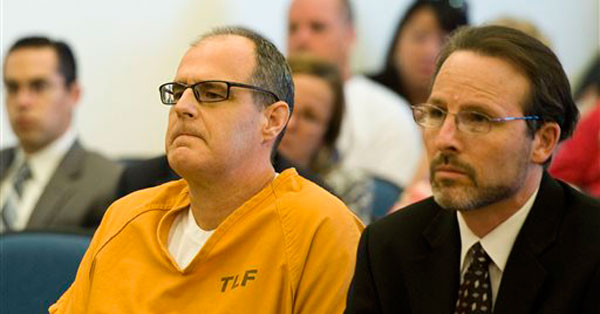 In March 2015, the California Attorney General’s office announced it would look into allegations that the Orange County District Attorney’s Office and Sheriff’s Department had violated the rights of criminal defendants. As the ABA Journal reported in 2016, a public defender in the county had uncovered evidence that those offices were systematically planting informants with prisoners in violation of their right to counsel—and then deliberately not telling the defense.

Four years later, that public defender says the AG’s office is now done with its investigation—an event marked not with an announcement and a full report, but only with a passing mention in a related case. According to the Orange County Register, Los Angeles Times and OC Weekly, Deputy Attorney General Darren Shaffer said in court April 19 that the investigation had ended without any criminal charges or other penalties.

Assistant Public Defender Scott Sanders, the defense lawyer who uncovered what he says is decades of cheating, was in court seeking records related to certain sheriff’s deputies who are witnesses against his client Oscar Galeno Garcia. Sanders said he believes their credibility as witnesses could be affected by their histories with the informant program. Knowing that there’s an exception to disclosure of the records for ongoing investigations, Sanders asked if the attorney general’s office was still investigating. Shaffer said the investigation was closed.

It was the first Sanders had heard of it, even though he brought the matter to light and his clients have an interest in the outcome.

“It’s just so irresponsible,” says Sanders. “If we didn’t have that litigation going on right then, would they have ever told us or just let it sit there?”

The attorney general’s office did not respond to two requests for comment.

The attorney general’s investigation was under criticism from the start. The office first became drawn into the matter when Orange County Superior Court Judge Thomas Goethals recused the entire district attorney’s office from the mass murder case of Scott Dekraai, who killed his ex-wife and seven other people at the beauty salon where she was working. The attorney general’s office stepped in as prosecutor and immediately appealed the recusal order, arguing that the DA’s office had no conflict of interest because the Sheriff’s Department was responsible for all the misconduct.

California’s Fourth District Court of Appeal called this argument “nonsense” when it upheld the recusal.

Former California Attorney General Kamala Harris, now one of the state’s senators and a presidential candidate, told the New York Times in February that she “knew misconduct had occurred” in the Orange County informant matter, but she declined to take a broader look at the District Attorney’s office because “it was being handled at the local level.”

It’s unclear what she meant by “handled.” Former district attorney Tony Rackauckas publicly backed his prosecutors, and none were disciplined for their roles in the matter, although one resigned voluntarily. The office insisted to the ABA Journal in 2016 that its prosecutors were adequately trained on their constitutional duties.

On Wednesday, however, a press release from new DA Todd Spitzer—who took office in January—said he was launching a new investigation into the matter, calling it a second phase of its jailhouse informant reforms. A spokesperson for the office said it has instituted multiple reforms already, including launching a new Conviction Integrity Panel for reviewing suspect cases; installing a chief ethics officer and a crime victim ombudsman; and making a policy of using jailhouse informants only with strong corroboration and approval from Spitzer himself. The spokesperson also said deputy DAs caught withholding evidence will be disciplined, and noted that in March, the office fired an attorney who was accused of withholding evidence in an unrelated case. (The DA’s office declined to say who this was, but the office recently dismissed Sandra Nassar, who—unlike the deputy DAs involved in the jailhouse informant matter—had been disciplined by the State Bar of California.)

The four-year AG’s investigation has frequently been the stated reason when the Orange County Sheriff’s Department has declined to comment on the matter.

Sanders says it also went on so long that it went beyond California’s three-year statute of limitations on perjury, which he believes some sheriff’s deputies could have been charged with. Two of those deputies have retired with full benefits, and others who worked on informant matters have been promoted.

“I believe they haven’t been investigating for years, and even the little investigation they did wasn’t real,” he says.

The judge in Garcia’s case denied Sanders’ motions to recuse the DA’s office and permit discovery of the AG’s office’s records. Sanders is considering an appeal and intends to keep trying to discover information in other cases.

And the U.S. Department of Justice announced it was investigating the matter in late 2016. DOJ did not respond to a request for comment, but the new district attorney, Todd Spitzer, told the Los Angeles Times that his office has trouble keeping up with the federal government’s extensive discovery requests, suggesting that the DOJ investigation is active. He said he’s handed over nearly 100 case files to the DOJ.

By contrast, a letter Spitzer sent to the attorney general’s office Tuesday notes that his office has not received any questions or requests for documents from them since Harris announced that investigation in 2015. He asked that office for the status of its investigation.