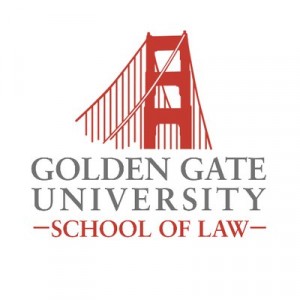 Golden Gate University School of Law in San Francisco is “significantly out of compliance” with an accreditation standard requiring that schools admit candidates who appear capable of finishing law school and passing a bar exam, according to a letter released by the American Bar Association's Section of Legal Education and Admissions to the Bar.

The accreditation committee found that Golden Gate was not in compliance with Standards 501(b), or Interpretations 501-1, 501-2 and 501-3. Interpretation 501-1 deals with academic attrition and an incoming classes’ academic credentials, while 501-2 focuses on admissions policies and practices and 501-3 states that a law school with a cumulative nontransfer attrition rate higher than 20 percent is not in compliance with Standard 501.

The law school’s Standard 509 Information Report for 2017 states that 30.5 percent of Golden Gate’s first-year class left the school through non-academic attrition. The school’s median LSAT score is listed as 148, and the median GPA is 3.10.

Of 88 Golden Gate graduates who took a bar exam for the first time in 2017, there was a 48.86 percent pass rate, according to data released by the ABA in March.

Anthony Niedwiecki, dean of the law school, told the ABA Journal since he stepped into the position last August, they have “increased the credentials” of incoming students, and the first-time bar passage rate has increased by 20 percentage points between the July 2016 exam and the July 2017 exam.

“We have also been aggressive in recruiting students with excellent credentials, with the goal of increasing our median LSAT by two points,” he wrote in an email.

The letter from the ABA states that Golden Gate has been asked to submit a report to the accreditation committee by Jan. 15, 2019, and appear before the committee in May 2019. If the report demonstrates compliance with the admissions standard, the hearing may be canceled, the letter states.

Updated April 11 at 2:44 pm to include statement from Anthony Niedwiecki.