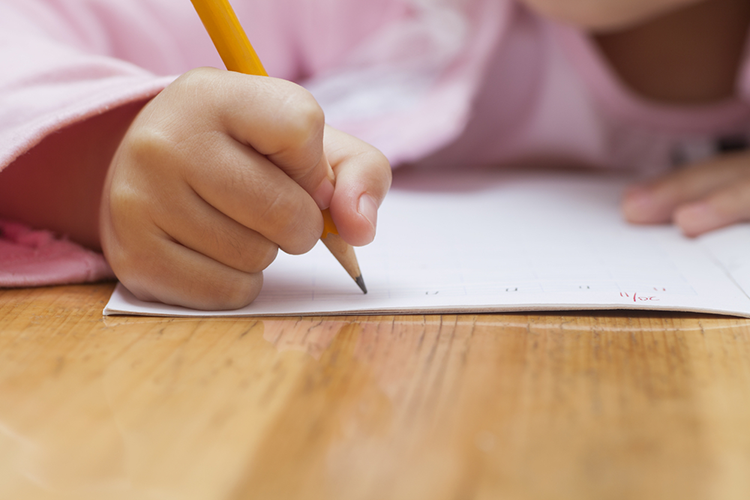 A 5-year-old Honduran asylum seeker was separated from her grandmother after the Trump administration officially ended its policy of separating families—and asked to sign away her right to a bond hearing, the New Yorker reported Thursday.

The New Yorker article, which says the federal government is still separating families despite having purported to end the practice this summer, came the same day that Amnesty International published a report saying the government had separated far more families than previously disclosed–at least 8,000 family units in 2017 and 2018. Those numbers come from Customs and Border Protection records, Amnesty International says, and do not include children separated from relatives other than a parent. Though many such families carry documentary evidence of their relationships, the federal government has declared those relationships “fraudulent.”

“These shocking new numbers suggest that U.S. authorities have either misinformed the public about how many families they had forcibly separated, or they continued this unlawful practice unabated, despite their own claims and court orders to halt family separations,” said Amnesty International’s Americas Director, Erika Guevara-Rosas.

That may be what happened to Helen, who the New Yorker says came to the United States with her grandmother Noehmi and teenaged uncle Christian in July. They arrived in Texas, where Helen’s mother already lived, about a month after President Donald Trump bowed to public pressure and issued an executive order purporting to stop family separations. Nonetheless, the family says a Customs and Border Protection agent took Helen directly from Noehmi’s arms, over protests from both. She was put into the care system for unaccompanied minor immigrants.

Like other immigrants, Helen had the right to a bond hearing, intended to determine whether she’s likely to show up to immigration court. In fact, Helen had checked a box during her intake requesting such a hearing. But in early August, the New Yorker says, someone representing the government handed Helen a form in English entitled “Request for a Flores Bond Hearing,” describing Helen’s legal rights, using adult-appropriate language.

On that form, a box is checked indicating that Helen wished to withdraw her request for a bond hearing. The magazine says an adult helped Helen fill out the form; a form published by the magazine shows her first name printed in adult handwriting, with her last name redacted. On the signature line, “Helen” is written in uneven, kindergartener-style letters with no last name. The age of majority, at which parties may create valid contracts, is 18 in Texas.

According to the article, immigrant rights organizations in Texas believe family separations like these are still taking place. The children are incorrectly classified as “unaccompanied minors,” the New Yorker says, thanks to sloppy work that was recently criticized by the DHS Office of the Inspector General. It’s unclear how many children may be affected, because the misclassification makes it difficult to sort them out from genuinely unaccompanied minors. Furthermore, the article notes, the children who arrived after Trump’s executive order are not affected by existing litigation over family separations.

“One of the things Helen’s story really showed us is that the Trump Administration never stopped separating children from their families,” said Jess Morales Rocketto, chair of umbrella group Families Belong Together. “In fact, they’ve doubled down, but it’s even more insidious now, because they are doing it in the cover of night.”

The Amnesty International report says this is part of a deliberate campaign by the Trump administration to deter and punish asylum seekers. In addition to continuing to separate families, the report says this campaign includes turning away asylum seekers at ports of entry–forcing those people to either stay in Mexico or cross without authorization–and imprisoning asylum seekers pending their hearings, sometimes for several years without any possibility of bond. All of this violates U.S. and international law on asylum, the report points out.

Reached by Newsweek, a spokesperson for the Department of Homeland Security denied that the agency has ever had a family separation policy, and called the Amnesty International report “not even remotely credible.”

“This is a deeply flawed, inaccurate report authored by an open-borders activist group,” DHS spokesperson Katie Waldman told the magazine.

The Washington Post reported on Friday that the Trump administration is “actively considering plans that could again separate parents and children at the U.S.-Mexico border,” and that one of those plans would involve offering asylum-seeking parents a choice after 20 days to remain detained indefinitely with their children, or to send the children to government shelters in the hope that a relative or guardian could take custody of them.

Helen’s grandmother and uncle were released with ankle monitors, but Helen was housed first at a government-contracted shelter in the Houston area and then with a foster family in San Antonio. When Noehmi and Christian went to immigration court to discuss their asylum claim, their pro bono lawyer, Eugene Delgado, asked the judge about Helen. The judge and DHS attorney did not seem to realize that Helen existed, he told the New Yorker.

Delgado tracked Helen down himself, with difficulty, and started the process of having Helen’s adult family members qualify as her sponsors. But when that process stalled, they asked Families Belong Together and another organization to mount a social media and petition campaign that ended up with 10,000 signatures and an endorsement from actress Alyssa Milano.

Helen was returned to her family September 10, roughly two months after she was taken. Her grandmother told the New Yorker Helen is now afraid to go to sleep, because she’s worried that her family will leave her in the night.