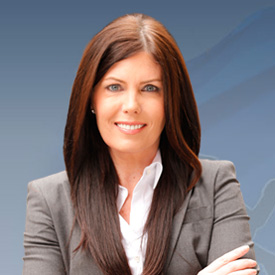 Image of Kathleen G. Kane from the Pennsylvania Office of Attorney General.

Two state representatives are calling for the resignation or impeachment of Pennsylvania Attorney General Kathleen G. Kane based on leaks from unnamed sources who say a grand jury has recommended criminal charges be filed against her.

Reps. Steve Bloom, R-North Middleton Twp., and Daryl Metcalfe, R-Butler, have co-sponsored a prior resolution calling for Kane’s impeachment, the Patriot-News reports. Their latest effort comes after the Philadelphia Inquirer published an article, citing unnamed sources familiar with a statewide grand jury investigation, saying that the grand jury had recommended criminal charges be filed against Kane.

“I don’t think she should continue for the benefit of the people of this commonwealth,” Bloom told the Patriot-News. Bloom is co-sponsoring a new impeachment resolution with Metcalfe, after the previous resolution died of inaction in the legislature’s last session. An earlier article from the Patriot-News gives more details.

Kane, who was elected to her position in 2012 as a Democrat, is alleged to have violated grand jury secrecy rules by leaking confidential information to a newspaper in a bid to embarrass her political enemies.

The Inquirer says the recommended charges include perjury and contempt of court, citing “some of those familiar” with the investigation. According to the newspaper, the grand jury has turned over its findings to Montgomery County District Attorney Risa Vetri Ferman, who will decide whether any criminal charges are brought against Kane.

Kane has acknowledged that her office provided information to the newspaper but says that none of it involved secret grand jury material. Her lawyer told the newspaper she has “done nothing wrong or illegal,” and that he knew of “no credible evidence” that she has.