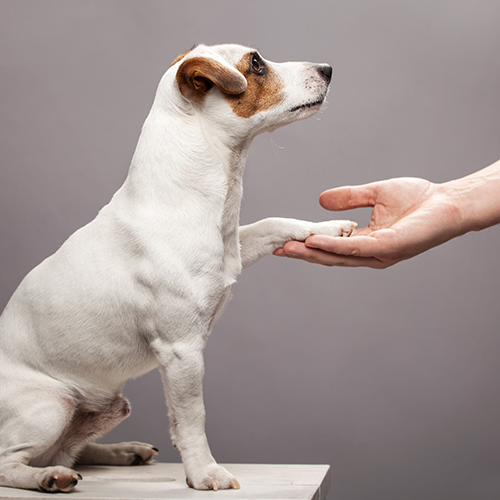 The ABA House of Delegates resolved Monday to support the use of trained canines to comfort vulnerable witnesses during testimony.

Resolution 101A pushes for enacting laws allowing the use of canines specially trained for assisting witnesses—also known as facility dogs. The report accompanying the resolution includes recommendations to protect the dogs’ welfare. The resolution, co-sponsored by the International Law Section and the Government and Public Sector Lawyers Division, was passed in a 202-135 vote.

In urging the House to pass the resolution, Gabrielle M. Buckley of the International Law Section said facility dogs would provide “meaningful access to justice” for victims and witnesses who face difficulties testifying in court.

“There is scientific as well as anecdotal evidence that partnering victims with facility dogs can assist in delivering accurate recitation of the facts,” Buckley said.

As of mid-January, 258 facility dogs are working in 41 states, according to the Courthouse Dogs Foundation.

The report accompanying the resolution says in the past five years, as many as 15 states have passed laws permitting the use of dogs to assist vulnerable witnesses. Some state statutes allow the specially trained dogs to assist children in abuse and neglect cases; other statues let the dogs assist developmentally disabled adults or witnesses in sexual or domestic assault cases.

Advocates say dogs can help ease the minds of traumatized witnesses who fear testifying and help them express themselves on the witness stand.

Some defense attorneys argue the dogs could have a prejudicial effect on jurors because the presence of a furry friend at a witness’s side could make them appear more sympathetic.

Cynthia Orr of the National Association of Criminal Defense Lawyers said Monday that using facility dogs was “asking for trouble” and could violate the rights of criminal defendants.

“The appearance the witness is entitled to additional support and comfort implies the witness is worthy of belief and of sympathy before they even take the stand,” Orr said. “This puts a thumb on the scales of justice.”

Psychology professor Dawn McQuiston co-authored a paper that explored whether facility dogs have a prejudicial effect on jurors in mock trials using transcripts and still images of dogs and witnesses. Though a child witness appearing with a teddy bear appeared to impact jurors in one experiment, the use of a dog in two experiments did not.

A facility dogs bill, the Courthouse Dogs Act, was passed by the U.S. Senate during the last session of Congress, but it was not voted on by the House of Representatives and would need to be reintroduced during the 117th Congress. Gregory G. Brooker of the Government and Public Sector Lawyers Division said Monday it was “imperative” the ABA “weigh in on this access-to-justice issue.”

He added that any due process concerns could be addressed in pretrial motions, through jury instructions prior to testimony and before jurors began deliberations.

“I should note that in the 15 jurisdictions that currently authorize courtroom dogs, there have been no due process problems of which I or the committee is aware,” Brooker said.

The resolution also seeks to protect the canines’ welfare by ensuring they have proper shelter, breaks and rest times and accommodations are made for daily, long-term care and retirement.

“A facility dog should have a long-term guardian throughout the dog’s lifetime and persons designated to oversee the health and well-being of the dog during the facility service career and in retirement,” the report states.