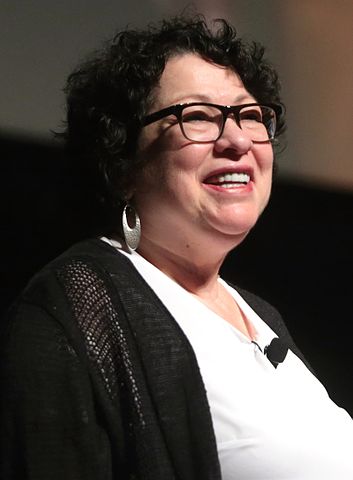 Justice Sonia Sotomayor said on Thursday that she has not heard from half her family in Puerto Rico since Hurricane Maria struck the island.

Speaking at the Newseum, Sotomayor said Puerto Rico “is suffering a great tragedy right now” and she and her family are very concerned, CNN reports. “We ask for your prayers,” Sotomayor said. The Daily Mail also had coverage.

A Supreme Court spokeswoman told CNN that Sotomayor has been able to connect with family members in the San Juan area, but not with relatives in the area of Mayaguez on the west coast of Puerto Rico.