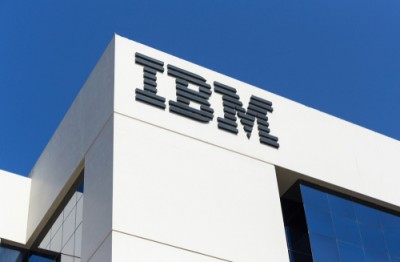 The suit, filed in U.S. District Court for the Southern District of New York, alleges that IBM fired three plaintiffs because of their age.

“IBM has discriminated, and continues to discriminate, against its older workers, both by laying them off disproportionately to younger workers and by not hiring them for open positions,” reads the complaint filed Monday.

Relying on reporting from ProPublica, the plaintiffs allege that starting in 2012 IBM laid off at least 20,000 employees over the age of 40, violating federal and state law in California and North Carolina.

The plaintiffs, all between 55 and 67 years of age, were laid off from IBM last June.

Slow to enter the cloud and mobile technology markets, IBM has been cutting costs and revamping its workforce to remain competitive, Bloomberg reports.

IBM employs around 400,000 people worldwide, with experts estimating fewer than 100,000 are in the U.S., according to the New York Times in a September 2017 article. At the same time, IBM has drastically increased its India operations, which now employs more people than their U.S. counterpart.

“Changes in our workforce are about skills, not age,” Ed Barbini, a spokesman for IBM said in a statement published in Fortune. “In fact, since 2010 there is no difference in the age of our U.S. workforce, but the skills profile of our employees has changed dramatically. That is why we have been and will continue investing heavily in employee skills and retraining—to make all of us successful in this new era of technology.’’

According to the ProPublica article, IBM failed to give older workers information about age bias and had them sign away their right to a later legal action, worked to increase firings and resignations to avoid layoff numbers that could require public disclosure and pushed out older workers only to hire them back as contract workers, which saved money.

In May, a similar case was filed in the U.S. District Court for the Western District of Texas by a 60-year-old former IBM employee who was laid off in June 2017. According to the complaint, IBM recorded the termination as a resignation and later sent mail to the plaintiff congratulating him on his retirement. The case was not brought as a class action.

This firing occurred at a time when IBM “devoted countless millions of dollars to its effort to rebrand as a hip, Millennial-centric tech company” and cut out workers from the Baby Boomer generation, calling them “gray hairs” and “old heads”, according to the complaint. The case is set for a pretrial conference in December.

If the case in New York is certified as a class action, it could cost the company millions, as Michael Willemin, an employment lawyer with Wigdor, told Bloomberg. There are no hearings scheduled yet in the New York case.