If Trump sues Bannon for violating a nondisclosure agreement, what are his damages? 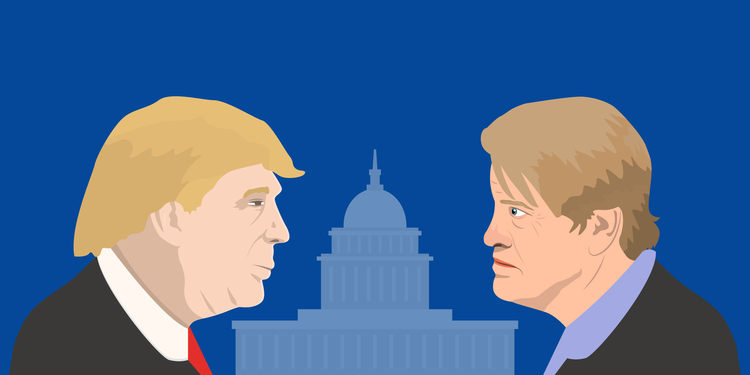 Stephen K. Bannon reportedly signed a nondisclosure agreement that included a nondisparagement clause when he went to work for Donald Trump’s presidential campaign.

And in theory, he could be sued for speaking about his White House experiences with Michael Wolff, author of a new book about the administration’s first nine months in office.

According to the Washington Post, Harder accused Bannon of disclosing confidential information to Wolff, author of Fire and Fury, and making “disparaging statements and in some cases outright defamatory statements” to the author about Trump, his family and his company.

However, some law professors think such a lawsuit would be unsuccessful.

Generally, nondisclosure agreements are enforceable unless they run against the public interest, which is an argument Bannon could make, University of Arizona law professor Jane Roberta Bambauer says.

Bambauer, whose research includes big data and privacy law, notes that the remedy would be problematic if such a lawsuit was pursued.

“It’s difficult for litigants to claim large damages when the nature of the award is that they expected to be less embarrassed (as opposed to NDA cases involving trade secrets and other financially valuable pieces of information that the protected party expected to exploit himself),” she wrote in an email to the ABA Journal.

The notion that the president of the United States is entitled to privacy is “patently ridiculous,” attorneys for Henry Holt & Co., the Macmillan imprint that published the books, wrote in response to a cease-and-desist letter that Harder sent to the publisher last week, Slate reports.

“While my clients do not adopt or subscribe to your description of their legal obligations, Henry Holt and Mr. Wolff will comply with any and all document preservation obligations that the law imposes upon them. At the same time, we must remind you that President Trump, in his personal and governmental capacity, must comply with the same legal obligations regarding himself, his family members, their businesses, the Trump campaign, and his administration, and must ensure all appropriate measures to preserve such documents are in place,” the letter reads.”This would include any and all documents pertaining to any of the matters about which the book reports. Should you pursue litigation against Henry Holt or Mr. Wolff, we are quite confident that documents related to the contents of the book in the possession of President Trump, his family members, his businesses, his campaign, and his administration will prove particularly relevant to our defense.”

If the president does file a lawsuit, it could be great for free speech, Noah Feldman, a Harvard Law School professor, writes at Bloomberg View.

“Faced with an attempt to suppress speech that is so plainly of public importance and interest, a judge would have little choice but to conclude that the First Amendment disallows enforcement of an NDA made with a presidential campaign,” Feldman writes. “The legal precedent created—and publicity it received—would be a blow to the bullying use of the courts to silence speech and a boon to free expression.”

However Stephen L. Carter, also writing for Bloomberg View, has a different perspective. Carter, a contracts professor at Yale Law School, argues that if Harder’s description of the agreement is correct, its nondisparagement clause could be enforceable.

“We can put aside nondisparagement clauses buried in the boilerplate of consumer contracts, which companies sometimes try to use to prevent those who buy their products from posting negative reviews. Most courts have understandably held such clauses unenforceable,” Carter wrote. “But when non-disparagement clauses are included in employment contracts or separation agreements, they are enforced more or less routinely. The reason isn’t that judges don’t understand that the clauses might be abused. The reason is that the employee who agreed to the deal is bound by his own free choice.”