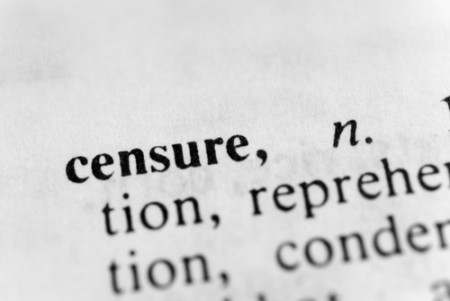 An Illinois lawyer whose wife was disbarred for misappropriating $2.34 million has been censured for failing to keep her out of his law office.

Stanley E. Niew was censured on two grounds, according to an announcement by the Illinois Attorney Registration & Disciplinary Commission. The first was for failing to ensure that his wife, Kathleen Niew, no longer maintained a presence in the office. The second was for failing to supervise his associate to prevent the associate from aiding Kathleen Niew in the unauthorized practice of law.

Stanley Niew consented to the censure, according to an Illinois Supreme Court announcement.

Kathleen Niew pleaded guilty in June 2014 to 10 counts of fraud in an indictment that accused her of sending a couple’s life savings to gold mining investors in hopes of reaping large commissions. Kathleen Niew had previously hosted a radio program offering financial advice. She was sentenced in February 2015 to nearly six years in prison.

The ethics petition alleged that Kathleen Niew participated in client meetings at least eight times. Stanley Niew countered that his wife had been present at the law office after her disbarment, but she was not engaged in law practice.

The Legal Profession Blog, which had covered Niew’s answer to the allegations, reported on the censure.

Stanley Niew told the ABA Journal he didn’t know the censure had been issued and he couldn’t comment before reading it.