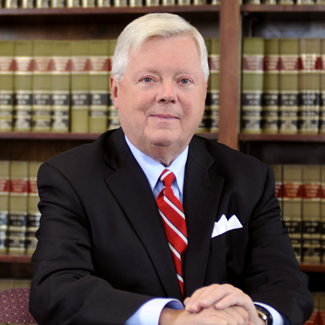 Pennsylvania Chief Justice Thomas Saylor is expressing concern over impeachment resolutions filed by lawmakers against four of his colleagues.

Saylor had dissented when the state supreme court struck down a congressional map benefiting Republicans as an unconstitutional partisan gerrymander. But he condemned introduction of resolutions backed by 12 GOP lawmakers to impeach the justices in the majority.

“As chief justice of Pennsylvania, I am very concerned by the reported filing of impeachment resolutions against justices of the Supreme Court of Pennsylvania related to the court’s decision about congressional redistricting,” he said.

“Threats of impeachment directed against justices because of their decision in a particular case are an attack upon an independent judiciary, which is an essential component of our constitutional plan of government,” he said in the statement.

State Rep. Cris Dush was prime sponsor of the resolutions, the Associated Press previously reported. He said lawmakers need to take action to prevent future courts from deciding they have the ability to write law.

The state supreme court had adopted a map drawn with the help of a Stanford law professor after state lawmakers and the Democratic governor were unable to agree on a new map.

The U.S. Supreme Court on Monday turned down a Republican request to block the new district boundaries.

Next:
Trump gets bill eliminating immunity for websites posting outside sex-trafficking content