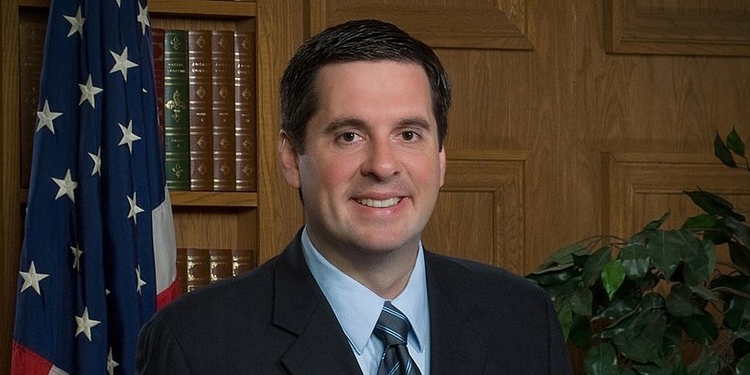 The Republican memo released by the House Intelligence Committee could put its chairman, Devin Nunes, in legal jeopardy if he or his staff members coordinated its drafting and release with the White House, a New York Times op-ed asserts.

If there was coordination at Nunes’ direction, he may not be protected by the Constitution’s speech or debate clause in an obstruction of justice case, according to the op-ed by Norman Eisen, the chairman of Citizens for Responsibility and Ethics; Caroline Fredrickson, president of the American Constitution Society; and Harvard law professor Laurence Tribe.

The obstruction would consist of coordinating with President Donald Trump to give him an excuse to fire Deputy Attorney General Rod Rosenstein, who is overseeing the special counsel investigation by Robert Mueller. The firing would then make it possible “to install a Trump-friendly replacement who would either fire Mr. Mueller or otherwise defang the investigation,” the op-ed says.

“Endeavoring to stop an investigation, if done with corrupt intent, may constitute obstruction of justice,” the op-ed says. “Plotting to assist such action may be conspiracy to obstruct justice.”

Rosenstein had approved the extension of surveillance on Carter Page, a former campaign adviser for Donald Trump. The Republican memo had asserted that the Justice Department and FBI had relied on a dossier financed by Democrats in the warrant application without disclosing the funding.

Typically Nunes and his staff would be protected from criminal liability by the speech or debate clause of the Constitution. It provides that U.S. lawmakers “shall not be questioned in any other place” for “any speech or debate in either House.”

“In this case, however,” the op-ed says, “Nunes and company may have ranged so far afield that those protections no longer apply. Under the clause, mere peripheral connection to legislative acts cannot serve as a fig leaf to shield criminal conduct.”

The op-ed cites a 1972 Supreme Court case that declined to give U.S. Sen. Daniel Brewster of Maryland speech or debate immunity in a bribery prosecution. Another Supreme Court case involving the Pentagon Papers found that the clause protected a senator who entered the Pentagon Papers into the record at a subcommittee hearing, but did not protect him and his staffers in arranging private publication of the papers. Arranging the private publication wasn’t protected because it wasn’t essential to Senate deliberations, the court said.

The op-ed says it is difficult to see how coordinating with the White House to stifle the special counsel probe would be considered essential to the deliberations of the committee or the House. “That would look a lot more like orchestrating than legislating,” the op-ed says.