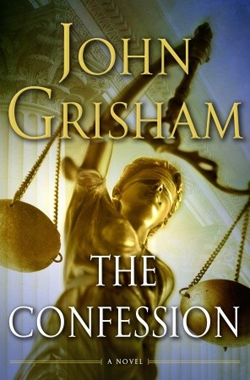 John Grisham’s The Confession, a novel that chronicles the gut-wrenching politics of a last-ditch death penalty appeal in Texas, has been named the winner of the inaugural Harper Lee Prize for Legal Fiction.

The 2011 Prize will be awarded at the National Press Club in Washington, D.C., on Sept. 22 in conjunction with the Library of Congress National Book Festival. Grisham will receive a copy of To Kill a Mockingbird signed by Harper Lee.

The prize, created by the University of Alabama School of Law and the ABA Journal, honors Lee for the extraordinary and enduring influence her novel has had in the public perception of the legal profession. The prize will be awarded annually to the published book-length work of fiction that best exemplifies the role of lawyers in society.

The creation of the Harper Lee Prize was announced in October 2010 in Tuscaloosa, Ala., by Attorney General Eric Holder. Lee, native of Alabama, was a student at the Alabama law school.

The other finalists were Fatal Convictions by Randy Singer and The Reversal by Michael Connelly. Their selection considered results from an online vote by readers (JPG) of the ABA Journal and ABAJournal.com.

Grisham, the author of 22 novels, lives in Virginia and Mississippi.

Vote for the Best Legal Novel of the Year