Judge compares KKK violence and shootings by black youths; did he overstep? 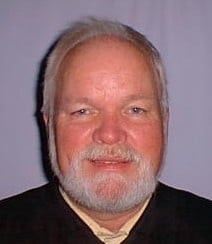 Judge Wayne Shelton of Montgomery County. Photo courtesy of the Tennessee Administrative Office of the Courts.

Some black leaders are pointing to nuances missed by a Tennessee judge who compared shootings by black youths to violence by the Ku Klux Klan.

Judge Wayne Shelton of Montgomery County made the comment during a Jan. 3 preliminary hearing for a 26-year-old man charged with murder, the Clarksville Leaf-Chronicle originally reported. The shooting allegedly stemmed from perceived disrespect at a basketball game.

“I grew up in a time where people wore white robes and they shot at black people,” Shelton said. “And now we see young black men wearing black hoodies shooting at black men—and doing much more effective job than the Klan ever thought about doing.”

In the past, Shelton said, the Klan would kill black people who were thought to be disrespectful.

Shelton later told the newspaper that he “might look like the whitest man in the room,” but he actually has an ancestor—his great-great-great-grandfather—who was a free man of color in the 1860s.

After the Leaf-Chronicle’s article got national attention, it followed up by interviewing local leaders for their reaction and by publishing an op-ed by a local minister.

Several people contacted said they thought Shelton’s intentions were good, and he has shown no malice toward black people. But some expressed reservations about Shelton’s comment.

Clarksville activist Terry McMoore said comparisons with Klan activity can minimize the Klan’s deeds. He called for “a more detailed dialogue about crime as a whole pertaining to all races instead of using popular terms like ‘black on black crime,’ which is known to have been created to generate fear about black people,” he said.

In his op-ed, Minister Joseph Bailey said he understands that Shelton probably was frustrated when he spoke. But “nothing is worse than what the KKK has done to the black community,” and the organization still exists, Bailey said.

To address the problem of black-on-black crime, the causes should be examined, Bailey said. One problem he identified is the lack of trust in law enforcement and the justice system. It’s caused partly by white police officers walking away without punishment after killing unarmed black men, he said.

A second problem is 1980s-era drug laws that “locked up a lot of fathers for life in prison in the black community,” Bailey wrote. “This systematically destroyed the black household.”