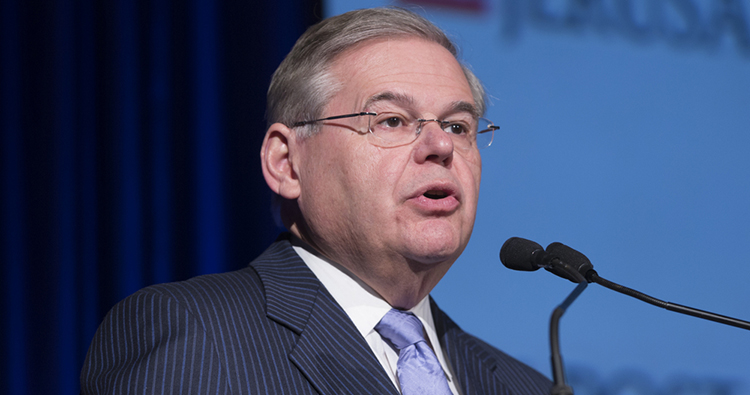 A federal judge in New Jersey has acquitted U.S. Sen. Robert Menendez and a co-defendant on seven out of 18 counts in advance of their retrial on political corruption charges.

U.S. District Judge William Walls partially acquitted the New Jersey Democrat and his co-defendant, Florida ophthalmologist Salomon Melgen, less than a week after the Justice Department announced it would retry the pair, report Politico and the Wall Street Journal.

Walls had declared a mistrial in the case in November after jurors could not reach a unanimous decision. Prosecutors had claimed that Menendez accepted gifts from Melgen and in return pressured officials to help Melgen get visas for foreign girlfriends, resolve a Medicare dispute and obtain a port security contract.

In his Jan. 24 opinion, Walls tossed six bribery counts and one wire fraud count alleging Melgen made campaign contributions in exchange for official acts by Menendez. There is no evidence that the contributions were made in return for a specific promise by Menendez, Walls said.

Walls said the lack of quid pro quo evidence evoked Gertrude Stein’s observation that “There is no there there.”

Next:
Trump says he is looking forward to testifying 'under oath' in special counsel probe