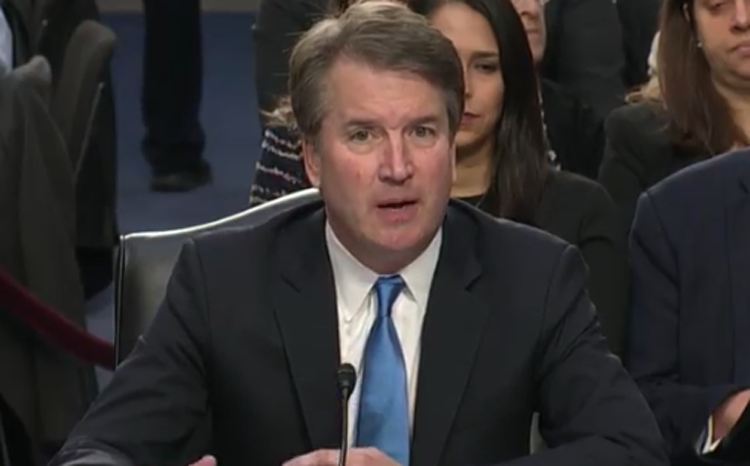 The New York Times and Washington Post have stories.

Kavanaugh will also address the committee on Thursday, the newspapers report. A hearing that had previously been scheduled for Monday appears to have been removed from the committee’s calendar. The committee will not vote on his nomination until after Thursday’s hearing.

Ford’s attorneys say that several requests they have made of the committee have been refused, such as calling additional witnesses who Ford remembers being at the party, and having the FBI investigate her story. “Despite actual threats to her safety and her life, Dr. Ford believes it is important for senators to hear directly from her about the sexual assault committed against her,” her attorneys said in a statement to the Times.

Sen. Lindsey Graham, R-S.C., who sits on the judiciary committee, said in a Fox News Sunday interview that Ford’s testimony was unlikely to change his mind, the Post reports. “I’m just being honest: Unless there’s something more, no, I’m not going to ruin Judge Kavanaugh’s life over this.”

Senate Democrats sent a letter to President Donald Trump on Sunday asking that he direct the FBI to look into Ford’s allegations, the Post reports.

On Sunday evening, the New Yorker reported that Senate Democrats are looking into a second woman’s account of sexual misconduct against Kavanaugh, this time from his freshman year at Yale University. His classmate Deborah Ramirez told the magazine that as she was lying on the floor at a dormitory party after a drinking game, Kavanaugh exposed himself, thrust his genitals in her face, and that she pushed him away. Ramirez asked that the FBI investigate her story saying, “At least look at it. At least check it out.”

“This alleged event from 35 years ago did not happen,” Kavanaugh said in a statement to the New Yorker about Ramirez’s account. “The people who knew me then know that this did not happen, and have said so. This is a smear, plain and simple. I look forward to testifying on Thursday about the truth, and defending my good name—and the reputation for character and integrity I have spent a lifetime building—against these last-minute allegations.”

“This is another serious, credible, and disturbing allegation against Brett Kavanaugh. It should be fully investigated,” judiciary committee member Sen. Mazie Hirono, D-Hawaii, told the New Yorker.

On Monday, Trump decried the allegations.