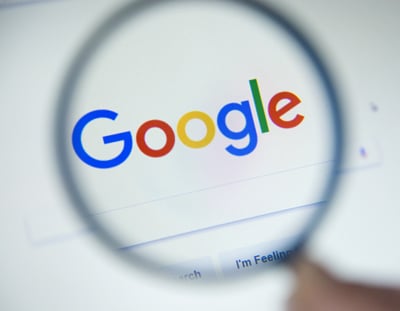 Justice Brett M. Kavanaugh ranked No. 6 for most searched news topic (“Kavanaugh confirmation”) and No. 3 for most searched people. The newest U.S. Supreme Court justice was considered a “Breakout” by Google Trends, which means that searches for his name increased more than 5,000 percent over the previous year.

Beyond the top 10 lists, search terms related to Kavanaugh’s confirmation hearings and the congressional testimony of Christine Blasey Ford, who told the Senate Judiciary Committee that Kavanaugh had sexually assaulted her in high school, took spots one through five, nine and 10, under “Criminal Law.” Bill Cosby, who was found guilty of aggravated indecent assault and sentenced to prison this year, took spots six through eight in the same category.

The Year in Search curates top 10 lists “based on search terms that had the highest spike this year as compared to the previous year,” according to the Trends website.

Among other sections, the “What is…” category included two legal topics this year: racketeering in second place and DACA, Deferred Action for Childhood Arrivals, was third.

In late November, rapper 6ix9ine was arrested on federal racketeering charges, which corresponded with a spike in searches for the legal term. DACA searches were the highest in early January when congressional lawmakers were trying to make the Obama-era order permanent and keep the government funded.

The “Legal” category was not an independent top 10 list in the report, but is accessible through the website. People searched for topics related to the 13th Amendment, including the Netflix documentary 13th about incarceration in America, were in at second and third place respectively. Another Reconstruction Era amendment, the 14th, came in at fifth place. “Product Recall” topped the legal topics category for 2018.

Under “Legal Services,” the Law Office of Aaron M. Schlossberg was first, with a 4,250 percent increase in searches over 2017. While most attorneys would be excited at such increased attention, this placement is more dubious. In May, Schlossberg was filmed making a racist rant in midtown Manhattan that went viral, which was when people turned to Google to learn more about the commercial law attorney.

Taking first through fourth spots under “Constitutional Law and Civil Rights” was “Tfue”.

Unless you spend a lot of time playing—or watching your children play—the popular online game Fortnite, you likely haven’t heard of Turner “FaZe Tfue” Kenny, a prominent esports player who was banned from video game streaming service Twitch for using a racial slur this year.

In sixth place was “Article 13,” which pertains to the controversial copyright directive voted for by the European Parliament earlier this year.

Posse Comitatus, an outdated common law principle that allowed a law enforcement agent to draft citizens to assist in an official capacity, was in 10th place. This search spiked in late October when President Donald Trump moved thousands of U.S. troops to the southern border with Mexico right before the midterm election, which some commentators warned the Military Times could contravene the Posse Comitatus Act.

In what might be a categorization error, this year’s The Voice runner-up Britton Buchanan topped the “Accident and Personal Injury Law” category. With no reported accident or personal injury suit involving the North Carolinian singer, it is unclear whether Google considered his second-place finish the biggest error of 2018.