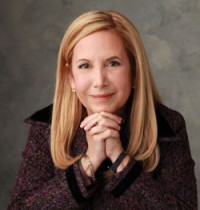 Laurel G. Bellows finds it surprising–and shocking–that human trafficking doesn’t get more recognition as one of the most serious crime problems facing the United States and the rest of the world. But she plans to use her year as ABA president to raise awareness about a practice that some studies suggest is the world’s second greatest crime problem behind only the illegal drug trade.

“This is modern-day slavery within the borders of our own country,” Bellows said earlier this week in an interview with the ABA Journal. Every year, she said, “We have approximately 100,000 U.S. citizens who are being forced into labor or sex for the profit of their captors.” Meanwhile, she said, human traffickers are bringing “hundreds and hundreds of thousands” of people–children as well as adults–into the United States to become part of the sex trade or forced laborers. “We have a scourge that has to be eradicated,” she said, “but it is a silent crime.”

Bellows, who is principal in the Bellows Law Group in Chicago, will begin her presidential term near the close of the ABA’s 2012 Annual Meeting early next week. The meeting opens officially on Thursday in Chicago, and will run through Tuesday. Bellows is expected to be introduced in the association’s House of Delegates on Monday afternoon, when she will give her first formal address as president. A native of Chicago’s North Side who received her J.D. in 1974 from Loyola University Chicago School of Law, Bellows chaired the House of Delegates in 2006-08 and is a past president of the Chicago Bar Association.

Bellows has been authorized by the ABA Board of Governors to create a Task Force on Human Trafficking in the United States that will develop a range of anti-trafficking projects and coordinate efforts with other groups on the issue. A primary goal for the task force will develop better means to identify human trafficking victims as a way to help bolster efforts to prosecute traffickers.

While human trafficking has long been a largely silent crime, said Bellows, the motives of traffickers are easy to identify. “It’s profit,” she said, along with the resilience of the product. “You can sell a gun once,” she said. “you can sell a hit of drugs once. But if you bring someone into human trafficking, you can continue to sell them for the rest of their lives.”

In pursuing an ambitious agenda, Bellows will appoint a task force to study legal issues relating to national cybersecurity. A primary focus of the task force will be a study of “what right to privacy must we preserve while still protecting our nation’s survival,” she said.

Bellows also will appoint a task force on gender equity and intensify the ABA’s work on civil trials, whose numbers are dropping in the United States. One of the causes, she said, is that so many contracts today contain waiver provisions that essentially eliminate the right to trial if disputes arise. If that trend continues, she asked, “Will we be deprived of the very bedrock of our civil justice system?”

Like any ABA president, Bellows is in for quite a ride over the next 12 months. As a full-time practitioner, “I don’t have a baseline for judging a normal existence,” she said, “but I know that starting on the afternoon of August 7, it will be a whirlwind that no one can anticipate.”

Last updated at 9:25 p.m. Monday to clarify that Bellows intends to intensify the ABA’s ongoing efforts to examine civil trials.