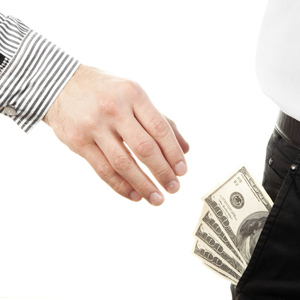 Consultants told the Am Law Daily (sub. req.) that law firms are getting tough with departing lawyers by clawing back bonuses, delaying the return of capital, and limiting earnings to draws at the time of departure.

Law firms making lateral hires, on the other hand, are offering signing bonuses to make up for money given up by departing lawyers, the article reports. The signing bonus is often structured as a loan that is forgiven if a lateral stays at a firm for a set amount of time.

In one recent case, Kirkland & Ellis reportedly asked a departing partner in Hong Kong to repay a $120,000 bonus he received at the end of 2014, the Am Law Daily (sub. req.) reported last week in a story relying on Legal Week.

An anonymous source told Legal Week that departing M&A partner Frank Sun paid back the bonus out of his own funds to move to Latham & Watkins, which reimbursed him. The bonus had been classified as a loan that was to be repaid if Sun left Kirkland within two years. Sun had rejoined Kirkland in early 2013.

The reported bonus clawback by Kirkland “doesn’t even touch the tip of the iceberg,” one lateral partner told the Am Law Daily. “I think it’s ridiculous what big firms do to try and force people to stay.”

The partner said his former Chicago law firm has partnership provisions that allow it to hold on to a departing partner’s capital contributions for up to two years and to claw back compensation from the prior year.

Law firm consultant Edwin Reeser says law firms used to enforce financial penalties only when a departure would have a big impact on financial stability. But that has changed.

“They are being used as a sword now, [where it] used to be it was a shield,” Reeser told the Am Law Daily. “It puts huge restrictions on the ability of a partner to leave.”