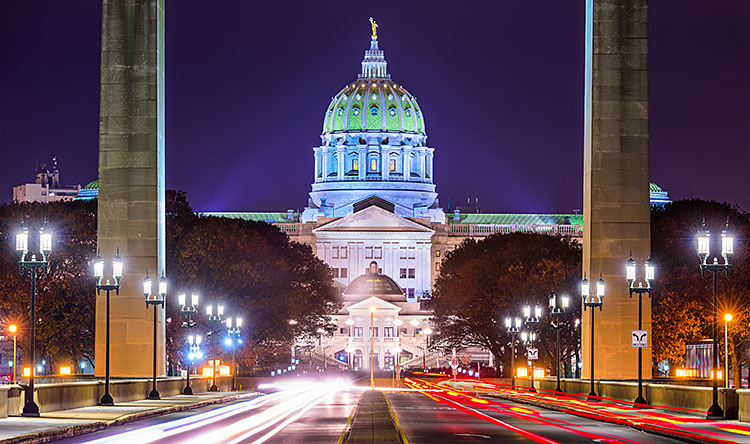 Combative lawmakers in some states are trying to punish judges for their decisions. In Pennsylvania, the rebellion includes a call for impeachment.

Impeachment threats have become more common in the last 10 years, according to Bill Raftery, a senior analyst at the National Center for State Courts. He tells the Times that, during the 2011-12 legislative session, lawmakers in seven states sought to oust judges.

Elsewhere, the statehouse resistance rallies around legislative proposals. After the Iowa Supreme Court issued an order banning guns in courthouses, some Republicans introduced bills to cut judges’ pay and to charge judges rent for gun-free courtrooms. In North Carolina, Republicans are seeking changes to rein in state courts that have struck down or undercut their laws.

Dush told the Times the court had the authority to strike down the map, but the court order to draw a new map intruded on lawmakers’ powers. “It’s judicial activism,” Dush said. “It’s time for the state legislature to rise up and call them accountable.”

The president of the Pennsylvania Senate, Joe Scarnati, has refused to comply with a Pennsylania Supreme Court order to turn over voter records and mapmaking material in the case. He since has said he might file ethics complaints against two justices who expressed opinions on gerrymandering before they ruled on the case in January.

Impeachment is still a possibility, Scarnati has said. But he thinks other avenues, such as the ethics charges, should be pursued first.